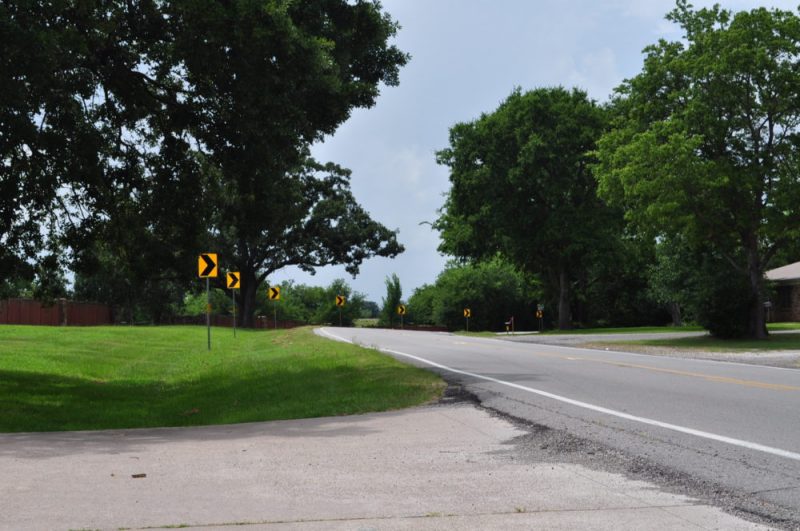 A few weeks ago Hopkins County Commissioner’s Court approved $142,000 to be contributed to the potential claim of right of way to eliminate the first major curve on Highway 11 West (joining Sulphur Springs and Commerce). This fund was created to support construction of a new and wider roadway over the next few months. The plans for this new roadway will reroute traffic south of several existing homes in the area and is supposed to eliminate what many consider to be a dangerous “blind” curve. Kayla Price-Mitchell, co-owner of the Professional Land Title Company and a current resident on highway 11 stated in an interview with KSST that “the curve has been there my whole life, and it’s kind of sharp if people are traveling fast and not following the speed limit. I’ve never had a problem [on that road]…The curve needs work, but the answer that TxDOT has proposed is very expensive, they could just widen the road or increase the shoulder space…Traffic [on highway 11] has been declining since 2000 and it seems incongruent to spend that much when the [street] problems in the city are worse, and when it will cost taxpayers more money [to eliminate the curve]…[If they widened the shoulders] they can spend less money to save the curve and have the same benefit.” 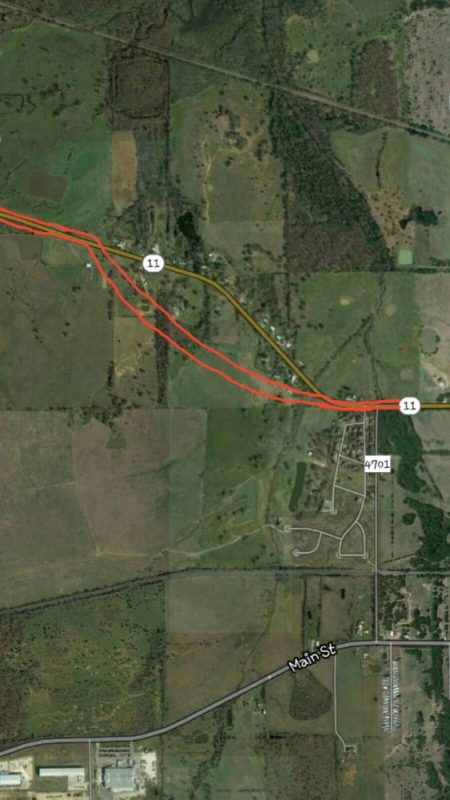 Between the red lines indicates where the new road is planned.

If proposed plans continue, Highway 11 West will have a new section of roadway built from the intersection of Highway 11 and Highway 19 (Houston street and Hillcrest drive) to the west side of the White Oak Creek bridges where it will rejoin the existing roadway. Tim McAlvay, Public Information Officer at TxDOT spoke to KSST about the plans. “[Tx DOT] is still acquiring right of way from the landowners…[The updated highway will be] 3.5 miles, with 12 ft driving lanes and 10ft shoulders and the building is estimated to take about a year. The plan is to finish gaining right of way by the fall, then the project will be bid on by contractors, awarded to the lowest bidder, where the winner will then schedule times to build…It’s a lengthy process, but it’s done with taxpayer’s money [and we want to finish as soon as we can]…As for roads around Sulphur Springs, [Tx DOT] only does state highways.” McAlvay stressed the difference between “right of way” and “eminent domain”. “Right of way is a stretch of property of specified dimensions needed to expand the road, while Eminent Domain comes into play when a landowner doesn’t want to sell, and is typically a last resort, [that] allows the state of Texas to offer a set and fair price for the land.”

To read the previous article about this story click here.