Sulphur Springs Police and Hopkins County Sheriff’s Officers responded to a call of an unknown person pointing a handgun at individuals on the downtown square in Sulphur Springs. Law enforcement officers were advised with a description of the vehicle and that the driver was possibly traveling to Winnsboro. A County Deputy located the vehicle and made a traffic stop.

A strong odor of marijuana was coming from the inside of the vehicle. Both the driver and the passenger admitted smoking marijuana. When the deputy explained the reason for  the stop regarding the handgun, the driver told him there was no weapon in the pickup. Both passenger and driver were asked to exit the vehicle for a pat down.

A probable cause search of the vehicle was conducted and a Ruger 9 MM handgun was found behind the passenger seat. Two loaded magazines were located under the center seat and a small black bag on the passenger side floorboard produced miscellaneous coins, jewelry, and electric scale. A small vial of a substance believed to be methamphetamine was also found.

Hunter Wayne Weems, 18, of Winnsboro gave a small amount of resistance but was placed in the patrol car and arrested. The passenger was released. Weems is in Hopkins County Jail Charged with Possession of a Controlled Substance Penalty Group 1 under 1-gram, Unlawful Carrying of a Weapon, Possession of Drug Paraphernalia, No Driver’s License, Reckless Driving, and Unsafe Speed. His bond totals $17,000 from all charges. 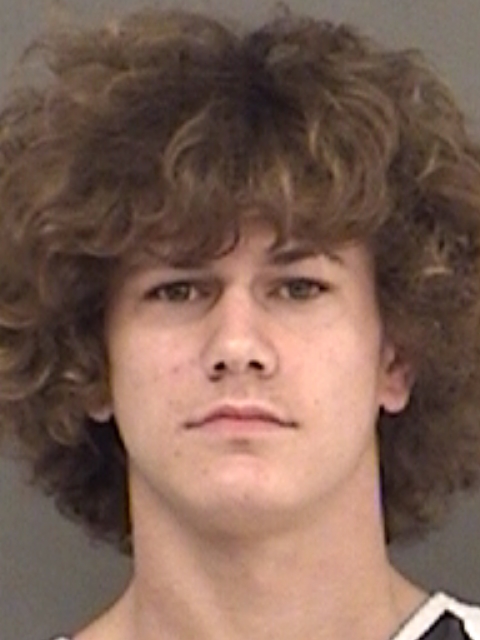