Have you ever wondered who paints the amazing window art outside of Bodacious BBQ? Well wonder no more! Tammy Hill has been painting Bodacious BBQ’s windows as well as many other businesses’s windows since 1985. It took her from 6 am-12 am to paint the windows at Bodacious. She created a patriotic scene in honor of Independence Day. 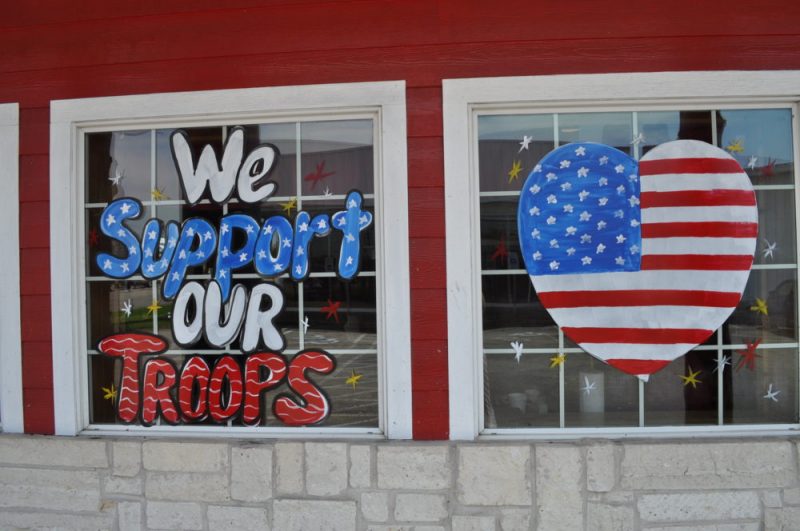 Hill says she stays busy all year long but her busiest time is Christmas. At Christmas Hill says she paints 68 businesses. Hill’s daughter-in-law Deisi likes to help her paint windows when they get busy. Hill started out in Gilmer painting the Dairy Queen windows where she worked, then eventually moving to paint ABC’s windows and many other companies until it became her job. 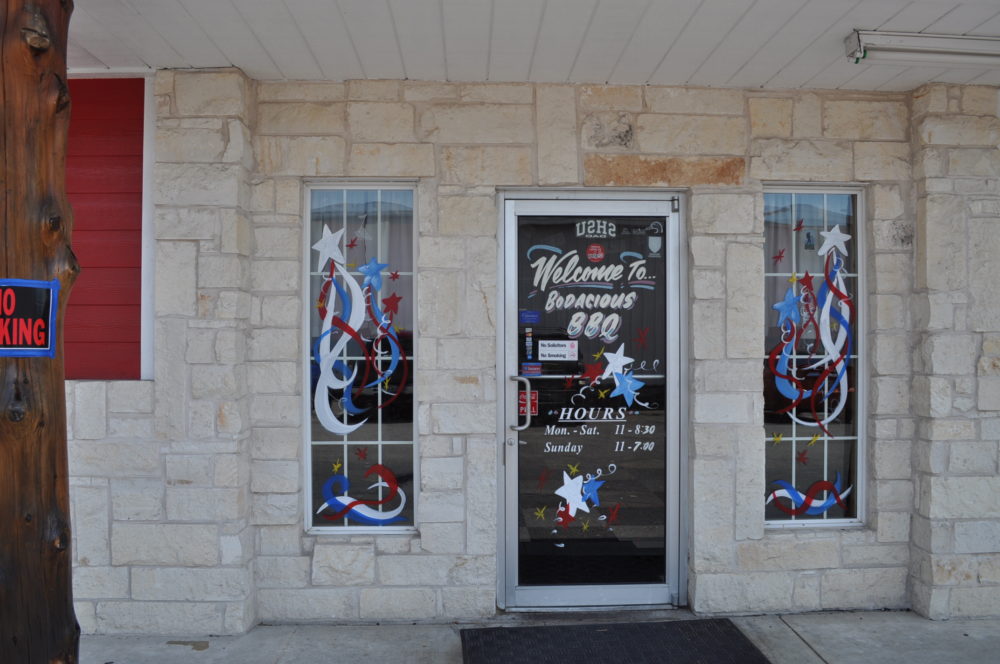 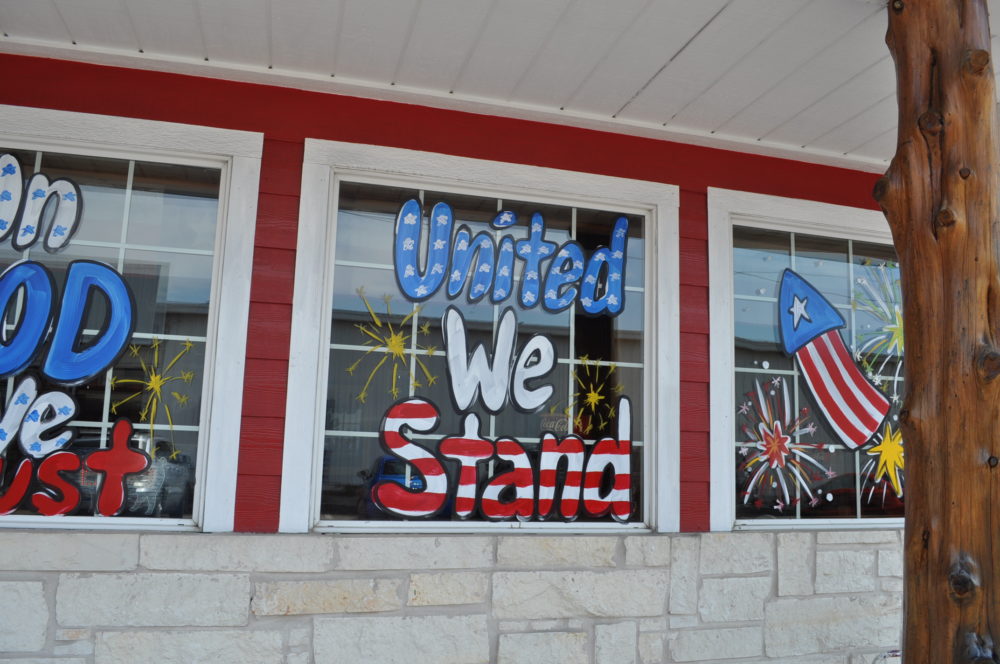 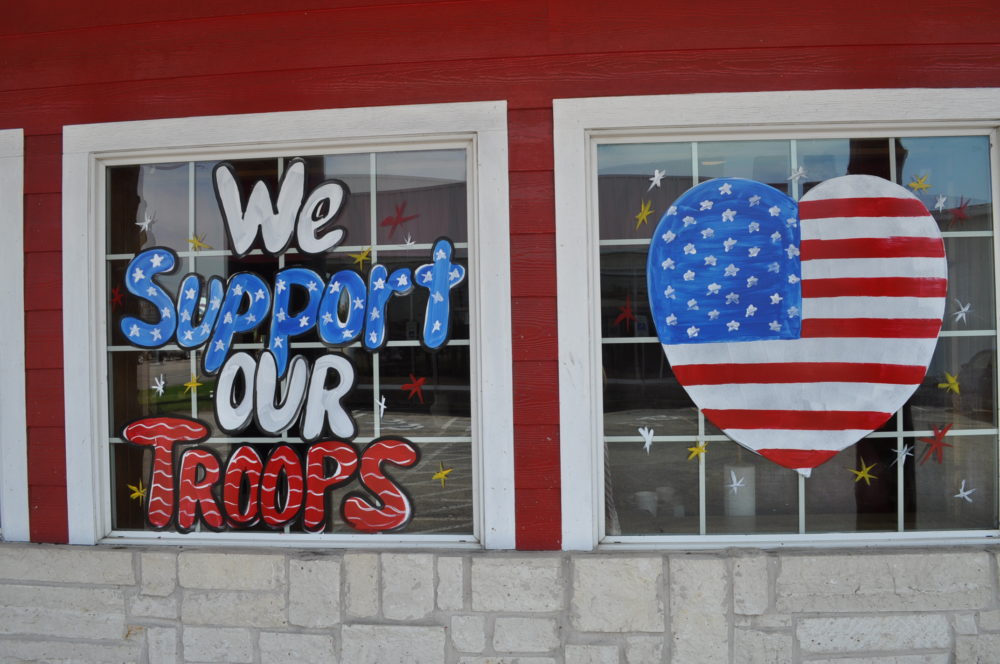 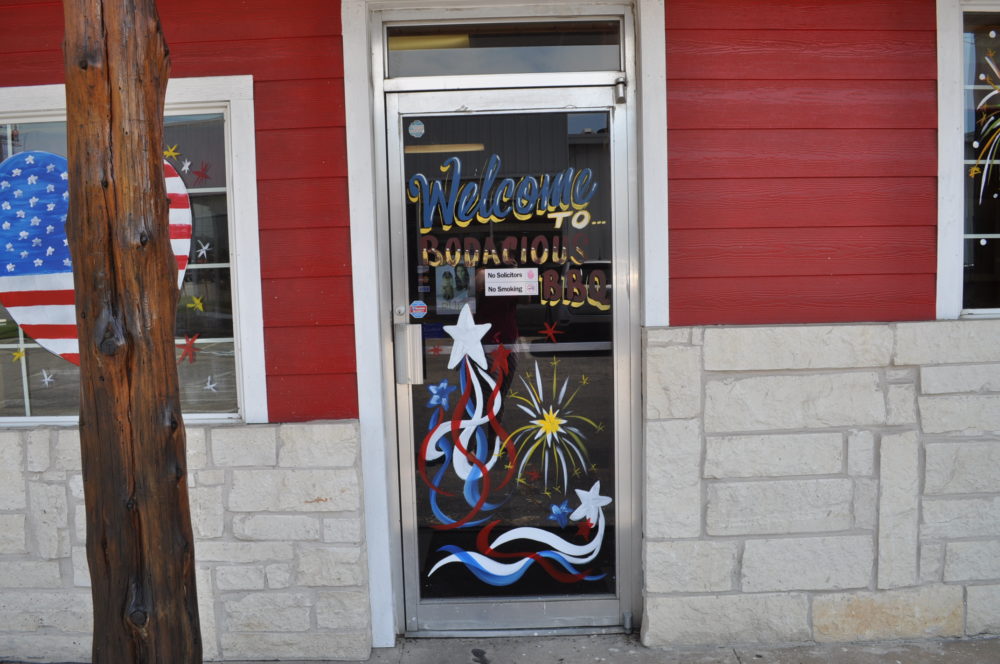 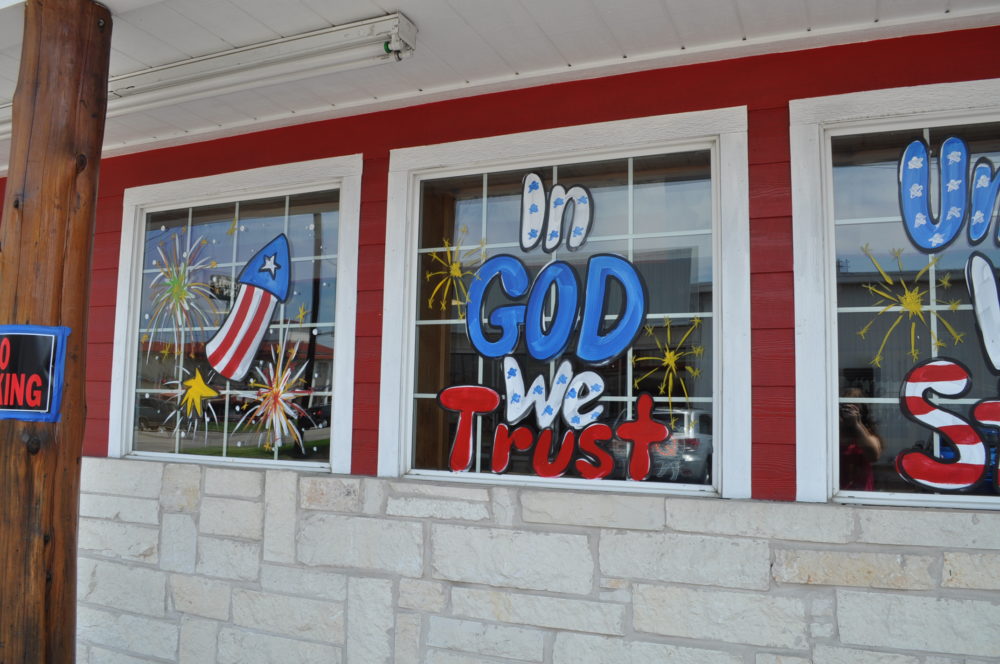 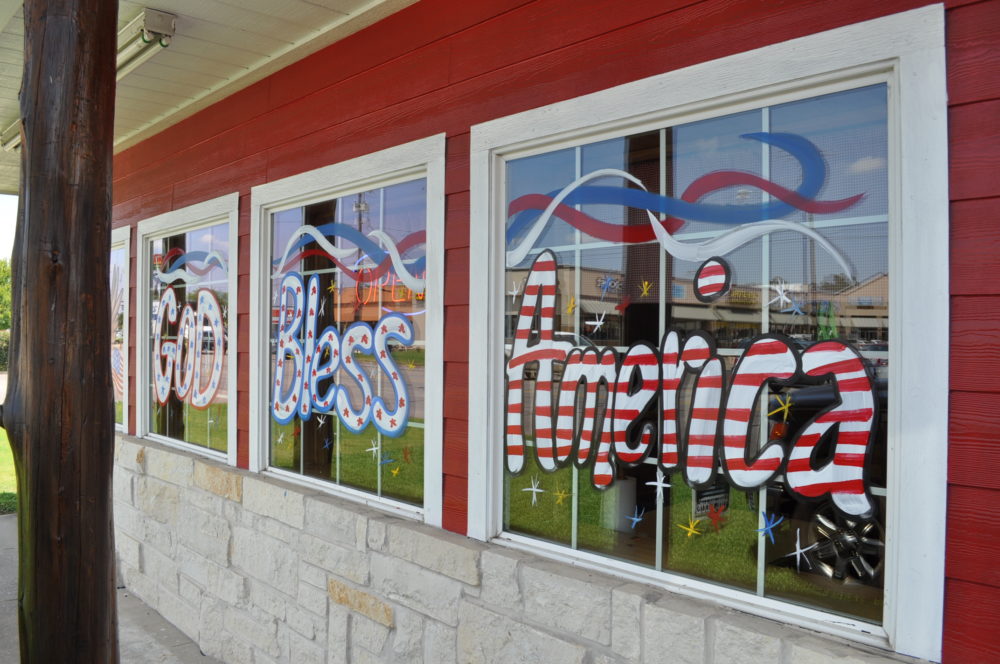 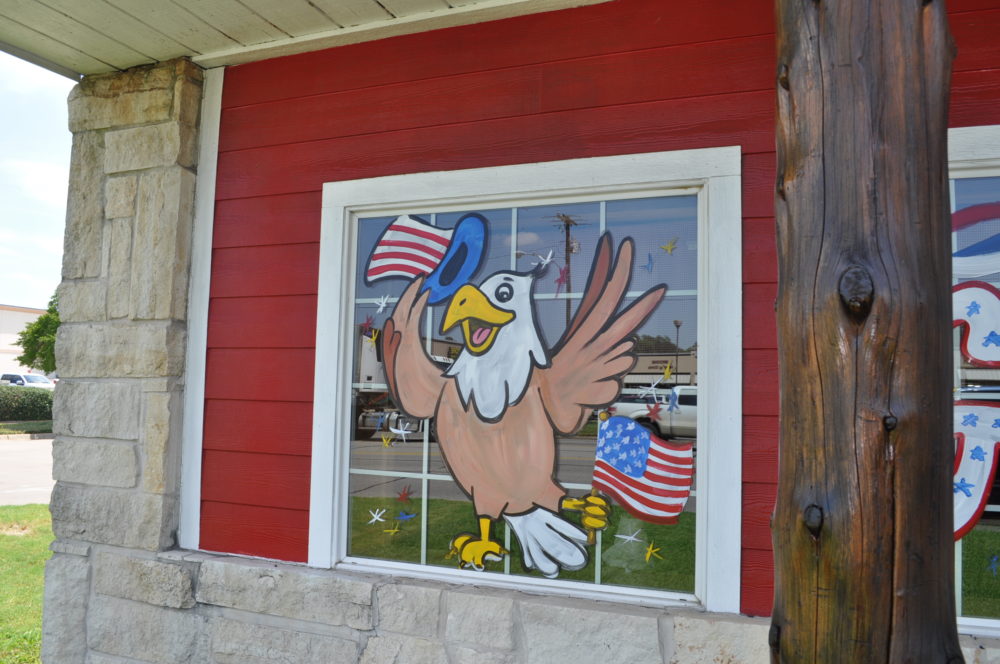 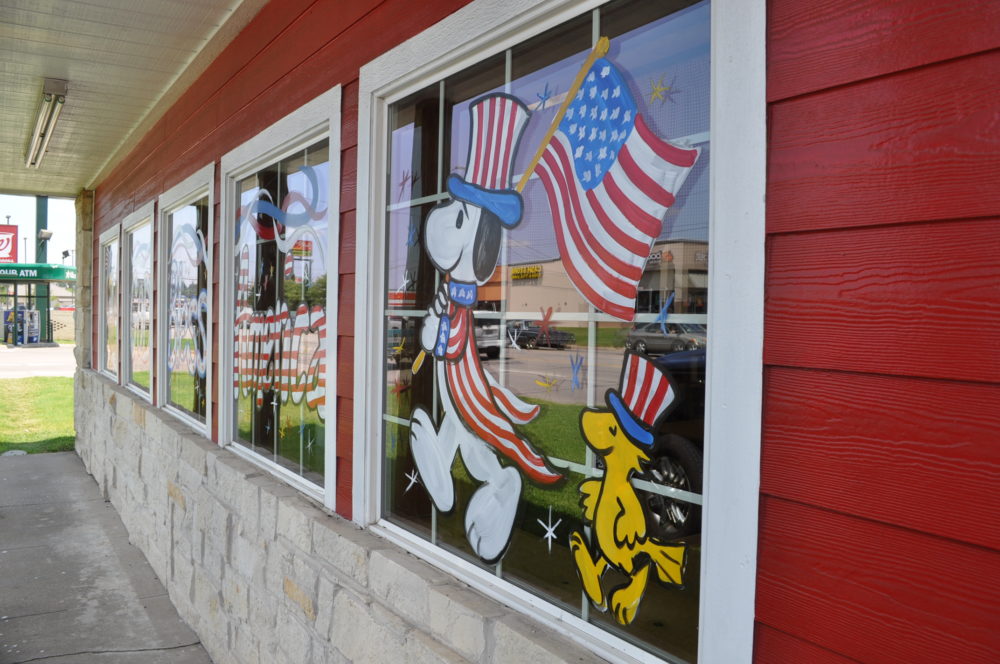