For the next two weeks a traffic study focused on light timing and traffic patterns at the Broadway/I-30 overpass is being conducted by the Texas Department of Transportation, according to Tim McAlavy, Public Information Officer for TxDOT-Paris Region. The current study will be repeated again in the fall when school starts. Public comment to a KSST Poll reflects the original TxDOT plan for the intersection.

In our recent unofficial poll of the traffic issues on Broadway, over half of those that responded voted that the lights at the Interstate/Broadway intersection are not timed correctly.  With over 250 people voting the results of the poll were as follows:

We received many comments via our Facebook post as well, with some folks complaining that only a few cars could get through the light before it changed.  As the KSST staff travels through this intersection every day, we notice that often the TxDOT crews are out adjusting the lights at the intersection. The crews that adjust the lights at his and other intersections are specifically assigned to managing the signal lights. They not only maintain the lights but also set the timing for the lights. Some say they have never seen a discernible difference in any adjustments that have made.

Obviously, that intersection would greatly benefit from a U-turn only lane added to the service roads (from Westbound to Eastbound), but we realize that would involve demolition and reconstruction of a completely new overpass (as was done in Greenville a few years ago). McAlavy told KSST News that originally the intersection at Broadway and the interstate was designed for those entering the interstate to proceed without stopping. However, he said, the city decided against the original design and the original timing for the lights. At that time, according to KSST New records, the city council deterred the state from implementing the plan desiring a shorter timing for the lights in non-rush-hour time segments and longer lights during the morning drive to work, during the lunch rush, and the afternoon rush hour.

Another suggestion from a listener was the addition of a new overpass connecting the two sections of Mockingbird lane.  This option was considered many years ago when the additional Westbound entrance to I-30 was removed in the Bill Bradford intersection reconstruction. 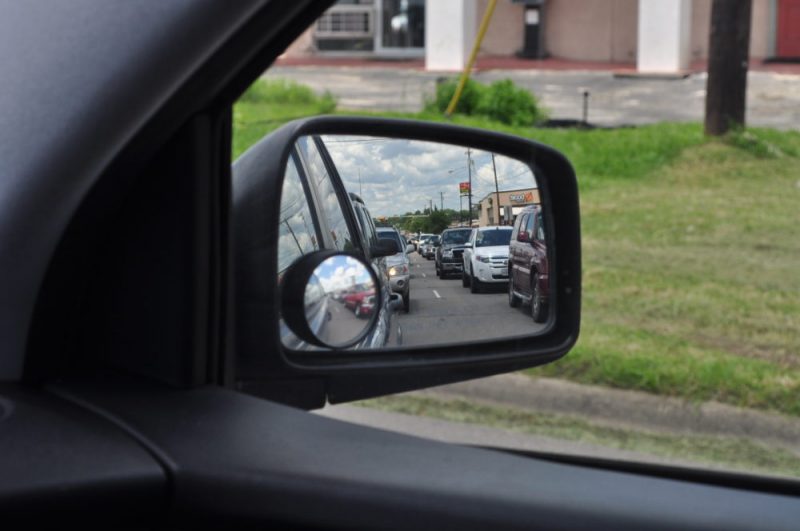