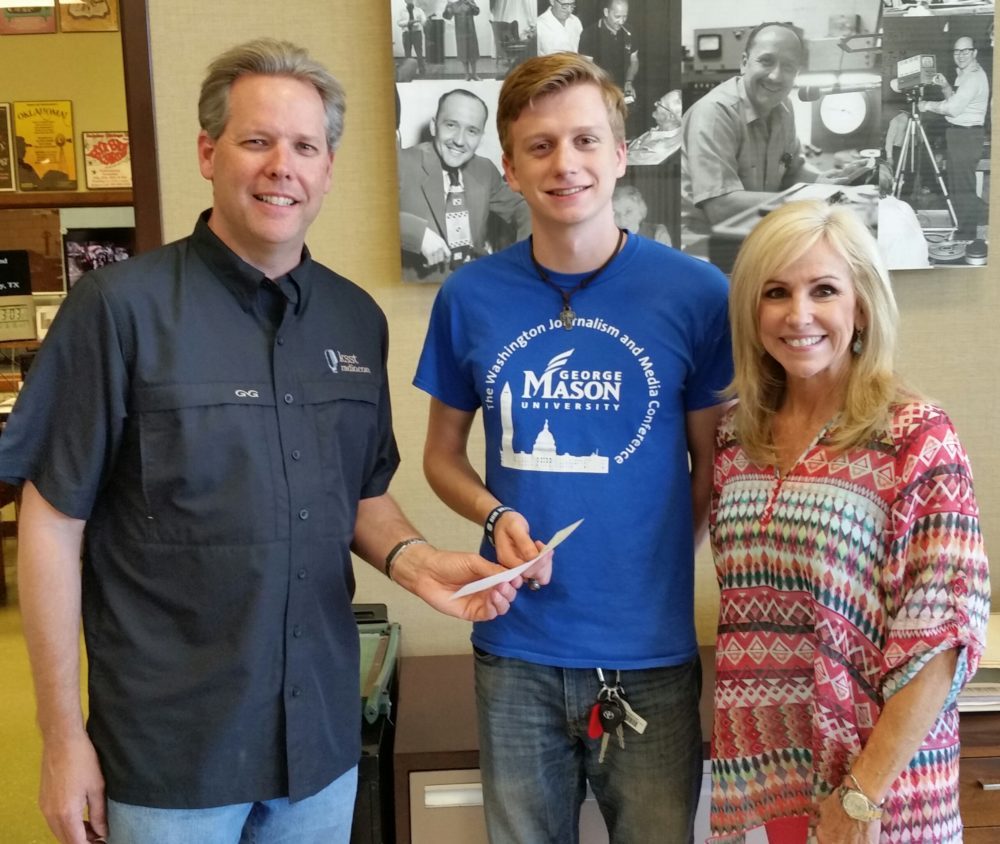 Chad and Rhonda Young, owners of KSST radio, Channel 18 Television and ksstradio.com presented KSST Intern Steven Payne with a scholarship Monday afternoon, June 6th, in the lobby of KSST’ studios. Payne will begin his college career at the University of North Texas at Denton in the fall as he seeks a double major in Digital Journalism and a major in English with a concentration in creative writing.  He is also considering a possible minor in political science.

Payne chose UNT because of the quality of both the Journalism Department and the English Department. He says his familiarity with the campus and the fact that “…tuition at UNT is not as high as some universities “ also factored in his decision.

Payne, a Class of 2016 graduate is in his second year as an intern. His primary assignment began with both writing and photography for ksstradio.com but has expanded into radio as well. Reminiscent of the days of Radio Workshop, the intern program is designed to assist students in learning more about the world of mass media including radio, television, and other avenues in the communications field. At KSST, interns serve part-time under the supervision of the department director to which they are assigned and are reassigned in various areas of the organization as they desire to expand their interests.

In thanking KSST for the scholarship, Payne stated, “I thoroughly enjoyed my time working at KSST. It helped me decide what I want to do with my life.”