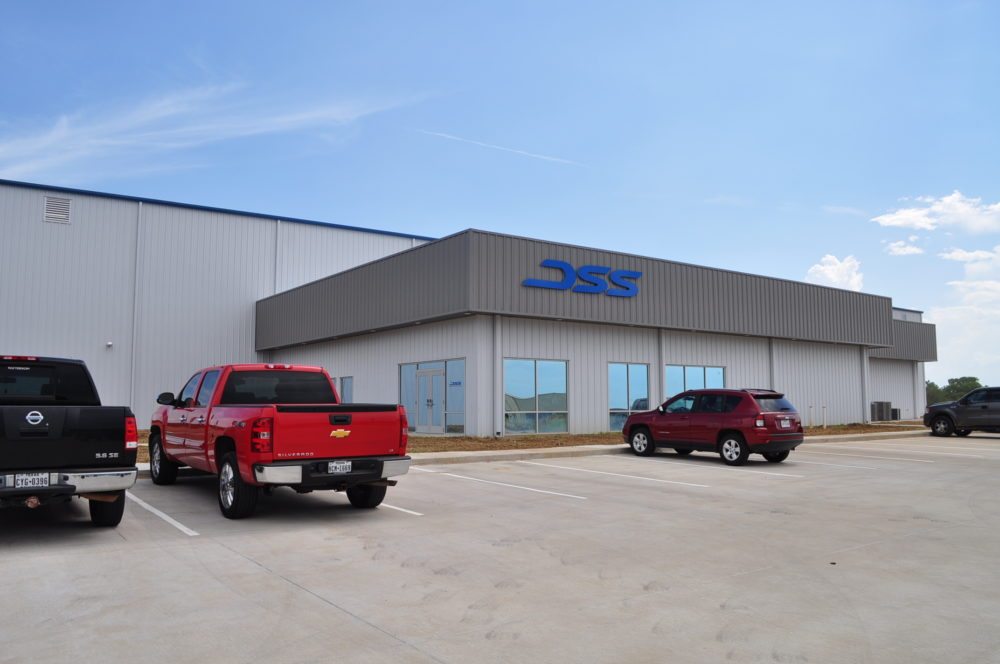 Diversified Storage Systems, located on 46 HC Pioneer Parkway in Sulphur Springs, has been operating in Sulphur Springs since January of 2016 at their 50,000 sq.ft. location. The business was started in 1998 in California with Diversified Minerals until customers began speaking of a lack of proper storage units for their product. “The other side of the business is Diversified Minerals, which is a company that makes specialty powders and minerals,” DSS Vice President Tim Dollison said. “Customers would make up specialty powders and and would say ‘I would use that, but I don’t have a silo to put it in’. A lot of time, the customers do not have a spare silo to add an additional product to their line. So we bought some silos and would rent them to customers as long as they bought the powder from Diversified Minerals. That just led to us slowly making our own units which turned into its own company.”

DSS moved to its Sulphur Springs location for its location near the center of the continental U.S., allowing them to be able to ship and rent their equipment along I-30 to both the East and West Coast. They also ship their equipment to buyers outside of the U.S., including Europe and other parts of North and South America. “All of the equipment is shipped out via outside service,” Vice President Dollison said. “It’s either shipped on a flatbed or it is pulled, because a lot of our products are set up on trailers. That’s all done through a broker, and trucking is done externally. The equipment is all made from scratch here, so we do both fabrication and and electrical to complete the units.”

DSS has a partnership with Redneck Trailer where they purchase parts for their equipment. The Miscellaneous Metalwork industrial business, which operates within the Fabricated Metal Products sector, earns an estimated $183,500 in annual revenues.  The business specializes in Portable Silos, Terminal Silos, Run at Mine Process Silos, Blending Operations, Supersack Unloading Systems, Batching Systems, Blowers, Conveyors, Dust Collectors, Augers, Scale Systems with Controllers, Electrical Controls and more. They currently employ 13 workers, but plan to hire more in the future. “We’re really just now ramping up the production, and once we get going, we’ll probably go up to 25 or 30 and more from there,” Vice President Dollison said. “It just depends on exactly how busy we get.”

DSS has sponsored community events in the past, such as most recent Dinner Bell event, and will sponsor another Dinner Bell event in September. Vice President Dollison says that DSS plans to get more involved in the community as their business continues to see success. Currently, the Sulphur Springs location is completing landscaping around the exterior, putting the finishing touches on the building.  President Jim Price and his employees at DSS are proud members of the American Welding Society.

People can shop from the DSS online catalog at www.portablesilos.com.