*Updated* Deal or No Deal with CHRISTUS Health?

Home » Featured » *Updated* Deal or No Deal with CHRISTUS Health?

On Monday, June 6th, KSST News received an update from CHRISTUS’ Public Relations department confirming that CHRISTUS is confident the deal with HCMH will consummate before the end of summer.  In speaking with CHRISTUS’ public relations rep, the fact that HCMH is a public entity complicates the agreement somewhat.   In the past year since signing the letter of intent with HCMH, the CHRISTUS organization has begun and closed a deal with Trinity Mother Frances in Tyler.

It has been over a year since we made the announcement that Hopkins County Memorial Hospital would partner with CHRISTUS Health in the ongoing management and operation of our hospital.  As of today, no deal has been reached.  We continue to reach out to CHRISTUS, but have gotten no response.  The local board, which is now one member short following the term expiration of Ralph Preuss, has been working diligently to forge ahead, but no word on exactly what is stalling the negotiations.  Many items have been worked through in partnering with CHRISTUS, but as the end always seems to be in sight, information on the merger has been getting scarce.  Back on April 4th of this year, we were told that 11 questions had been proposed by our board and although 9 were answered,two remained.  We were never told what the remaining two questions were, but now it has been two months, and no upcoming meetings are scheduled. 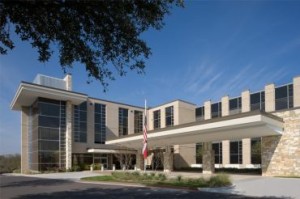