Veteran Rides for Recognition..S.S. To D.C. 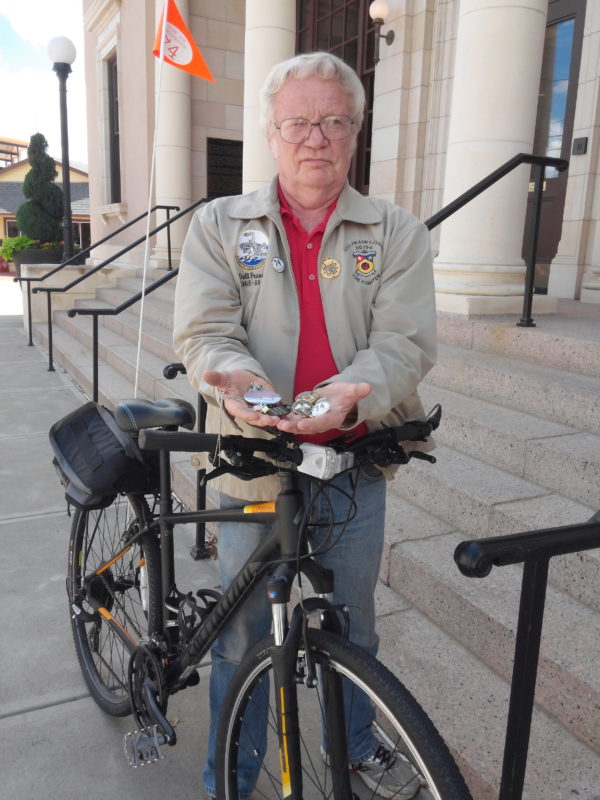 In his 74th year of life, Sulphur Springs resident and military veteran Dell Francis plans to ride his bicycle to Washington, D.C. to draw awareness to his 74 shipmates who were lost during the Viet Nam conflict. His desire is that their names be added to the Viet Nam Veteran’s Wall where he believes they belong. You can lend support by attending a send-off on Celebration Plaza at 12:30 noon on Friday June 3, 2016. Dell will have support along the trail from his wife who will be following along in their RV. The original section of the Viet Nam Veterans Memorial Wall opened to the public in 1982 in Constitution Gardens adjacent to the National Mall and near the Lincoln Memorial. It is maintained by the U.S. National Parks Service. 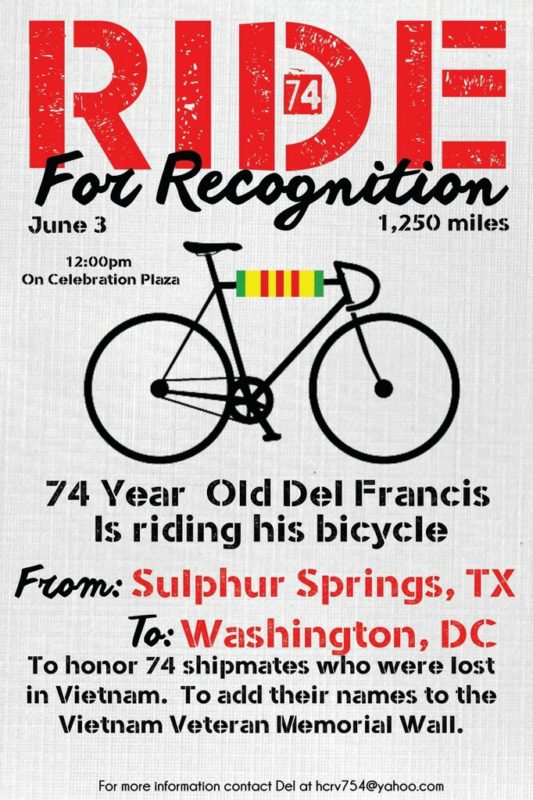