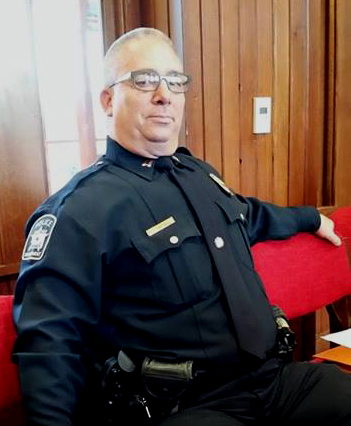 Two Romanian nationals, a 15-year old female juvenile and a male who claims to be 19, are in local police custody for fraudulent use of debit/credit card/personal information. Thursday morning at City National Bank, an employee noted a skimmer had been placed on an ATM machine at that location. Sulphur Springs Police were called and the skimmer, that captures debit and credit card numbers, was removed.

Law enforcement viewed video taken from the ATM and found the female placing the skimmer on the machine at 6:25 a.m. Thursday.

“We went with a gut reaction,” stated Police Chief Jay Sanders, “and set up a watch on the machine. I expected the individual or individuals to return before the sun set. Any activity after dark would draw attention to the individual.”

At approximately 7 p.m., the female walked from Davis Street down Atkins to the ATM where she realized the skimmer had been removed from the machine. She retraced her steps, followed by police, to Van Sickle Street where the pick-up car awaited with the male driver. When questioned, the pair gave a Dallas area address.

“They lied to us from the beginning and we don’t believe much of what we have been told,” Sanders told KSST News. He stated that the juvenile is being held in Greenville, TX and the male is being held in Hopkins County jail. Both Homeland Security and ICE have been contacted, according to Sanders. Sanders expects ICE to take over the investigation.

The use of a skimmer is unusual in this area according to Sanders. He stated that with the explosion of technology, he expects more of this type activity, along with other scams, to be attempted locally. He called the local investigation a team effort for Sulphur Springs Police involving patrol and the investigation division. 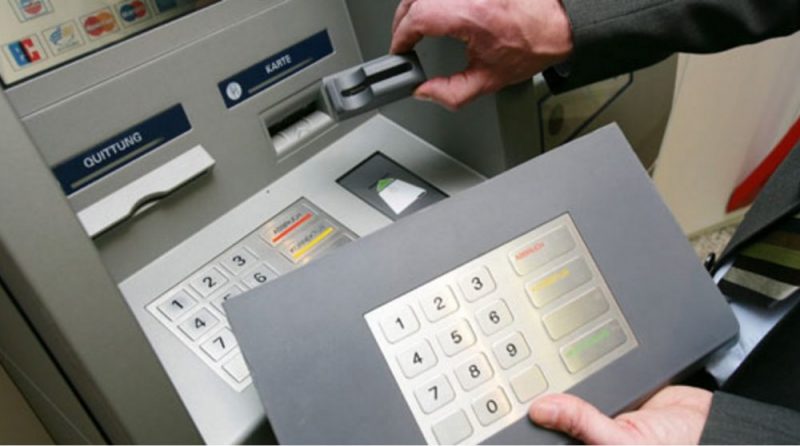 An example of ‘Thin Skimmer’ technology.

City National Bank asks anyone who used the ATM downtown location between 6:20 a.m. and 11 a.m. (only that time period) to please call CNB. The bank has contacted every customer for whom they have a phone number but want to be sure to have contacted all who used the machine. According to John Sellers with CNB, 95% or more have been contacted but they want to assure all customers regarding the security of their transaction and accounts.