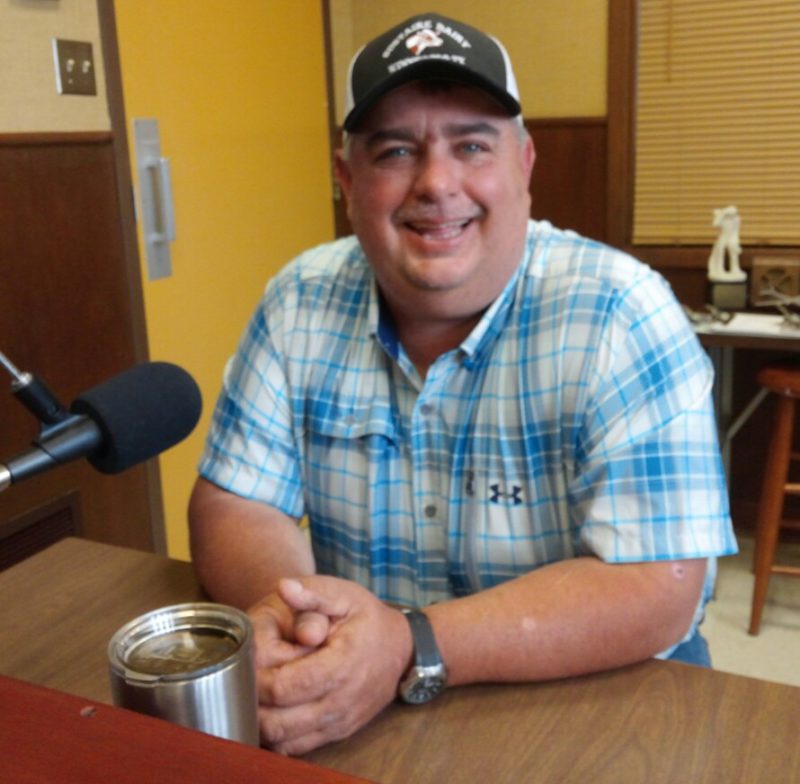 When the Hopkins County Dairy Festival Parade rolls by on Saturday June 11, watch for Mark and Amy Sustaire and their family waving to the crowds along the parade route. The long-time dairy family has been selected as Parade Marshalls for the 2016 event. During a KSST Morning Show interview, Mark said that his Sustaire ancestors arrived in the southeastern part of Hopkins County in the 1860’s, and as many people did back then, they farmed cotton and peanuts. In the late 1930’s, dairy farming began to take root in N.E.Texas. Mark’s dad entered the milking industry in 1950’s after working for State Representative Neal Solomon. He gradually purchased lands which had been farmed but not owned by Mark’s grandfather. Mark joined the family business in 1990, and today milks a Holstein-Jersey cross herd of 400 cows.  His wife Amy works in the day-to-day operation and their son and daughter have grown up as part of a working dairy family. Garrett Sustaire is a Saltillo ISD graduate attending Northeast Texas Community College. Jordan is a Junior at Saltillo High School and FFA Chapter president-elect. Mark’s community involvement hasn’t stopped at farming. He has served on the Saltillo school board, as President of the Hopkins County Farm Bureau and remains an active member of the Pickton-Pine Forest Volunteer Fire Department. He is appreciative of the hard-working men and women of the Hopkins County Dairy Festival Board of Directors in their year-round efforts for this vital part of the local economy.