The Forest Gregg Most Valuable Player Award is presented to SSHS student athletes. Gregg was a Wildcat football standout who went on to play for SMU and, best known for his days with the Green Bay Packers. Gregg later returned to SMU to revive the football program that had received the death penalty due to recruiting and player violations. 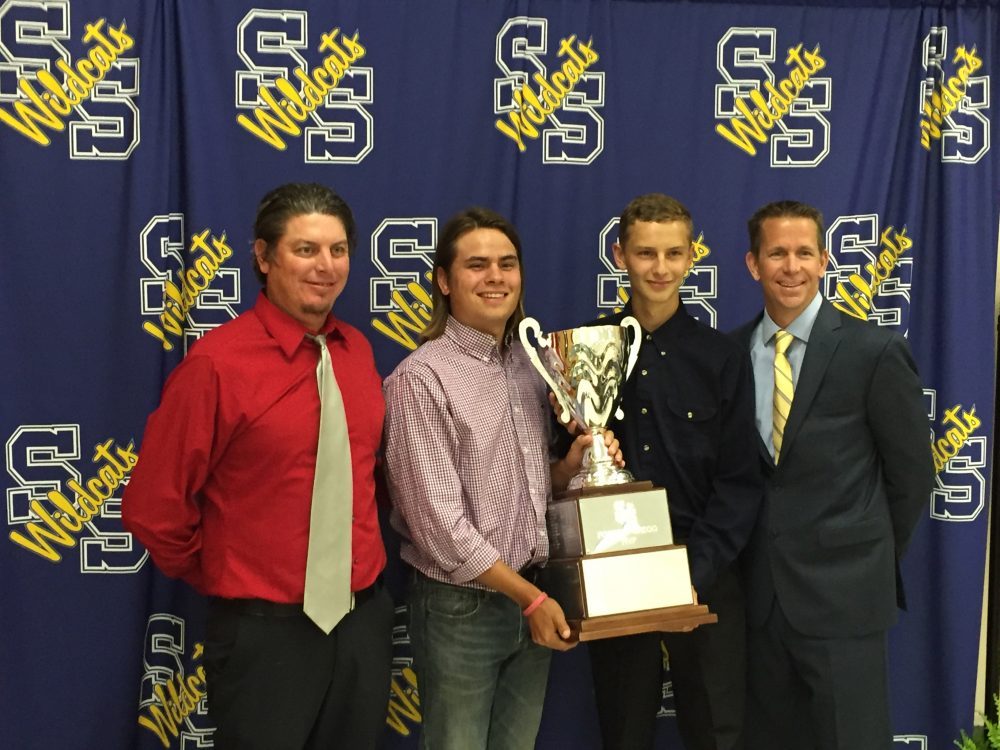 Wildcats’ golfer Brody Blackmon shares the Forrest Gregg MVP Award presented at the Thursday night athletic banquet. Wildcats Golf Coach Ross Funk presented the award noting that Blackmon has drawn nationwide attention. Blackmon qualified for a U.S. Amateur event becoming only one of only 32 in the nation to do so. He also played in an Under Armor Invitational in Austin. Funk noted that Blackmon is exempt for all AJPA tournaments nationwide. Blackmon played at the state golf tournament twice, with his team last year and by himself this year finishing seventh. Blackmon has lofty summer plans. He will attempt to qualify for the Byron Nelson PGA Event in Los Colinas and for the U.S. Open. He also plans to compete in the Texas Amateur tournament. Blackmon has also qualified to play in the North-South Amateur Tournament. Blackmon has accepted an offer to play college golf at Ole Miss.

Coach Holt said Gatewood had the vision and the goal to become a great runner. Gatewood qualified for the state tournament in cross country. He was the Area champion in the 1600-meters and the 3200-meters this spring. Gatewood will run cross country and track for Lincoln Memorial University in Tennessee after graduation. 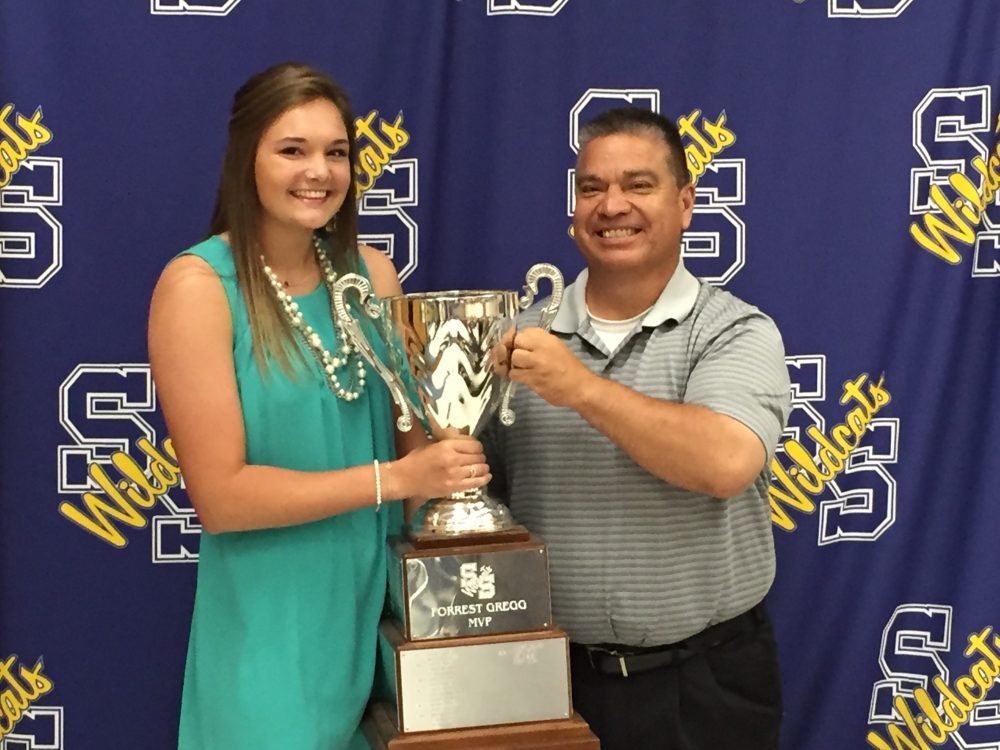 Lady Cats’ volleyball and softball standout Sarah Womack received the Forrest Gregg MVP Award for a Lady Cat at the athletic banquet Thursday night. Softball Coach David Carrillo presented the award. He noted Womack has had an impact on volleyball and softball for four years. He remembered her game winning hit as a freshman against Nacogdoches in the playoffs. Coach Carrillo called Sarah a big part of the success of both the volleyball team and softball team this year. He remembered her transformation from a quiet freshman at the front of the team bus to the talkative senior now seated in the back of the bus. Coach Carrillo described her as a clutch player and a play maker.