KSST News received an email containing a letter from a juvenile who claims to have created the vandalism at Hopkins County Veteran’s Memorial last week. A request to share the letter came via a Facebook message, which stated, “Can I share an apology letter from Romeo to the citizens of Sulphur Springs. For the vandalism that he caused on the Sulphur Springs Veterans Memorial. And also maybe see if you could let some people know that he will be at the location Saturday from 12 to 4 to offer a face to face apology and take notes of anyone who want to tell their story.”

To seek verification that the letter was indeed from the juvenile, KSST News notified Police Chief Jay Sanders regarding the source of the email. His response was “very good.”

Here is a copy of the letter received: 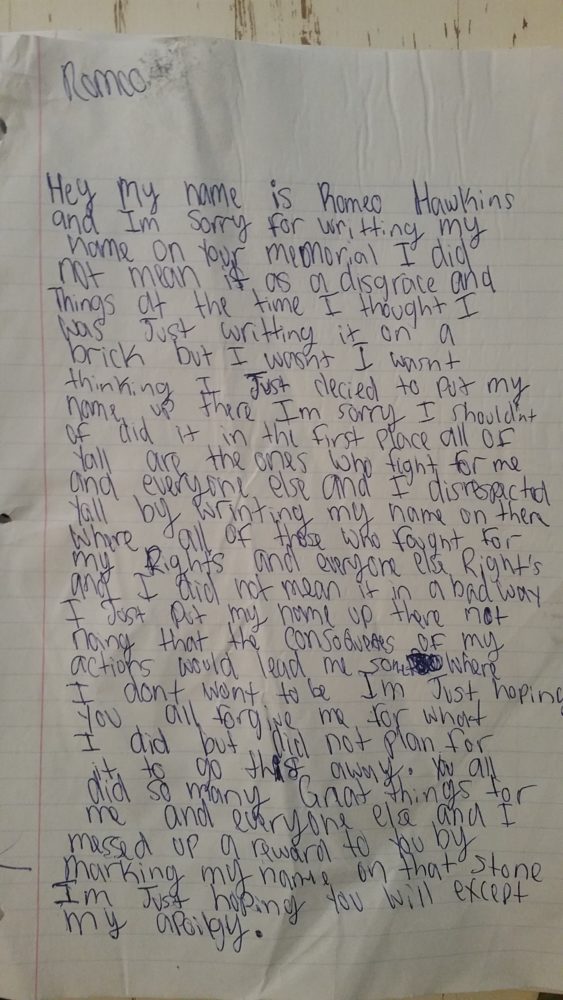