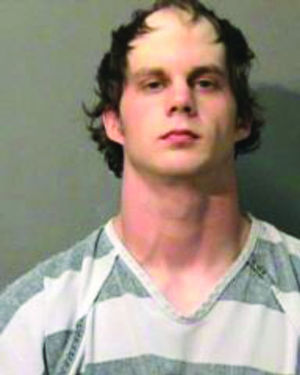 Friday morning in Franklin County 8th Judicial District Court, Christopher Wayne Allen was sentenced to 50 years in the Texas Department of Criminal Justice after he pled guilty to the May, 2015 murder of Wendy Gail Valentine at Logans Point, a neighborhood in Mt Vernon. Allen was 25-years of age when he murdered the 36-year old Valentine.  Allen, according to Franklin County law enforcement was the person that made the 9-1-1 call to report Valentine’s death.

Allen also acknowledged his guilt in two other cases—the stabbing in the head with a pen of convicted burglary Stanton Yates and for making a stabbing object while inside the Franklin County jail. The two extra cases were dismissed as a part of his plea bargain. Allen also waived his rights to appeal. He will be eligible for parole in 25 years.