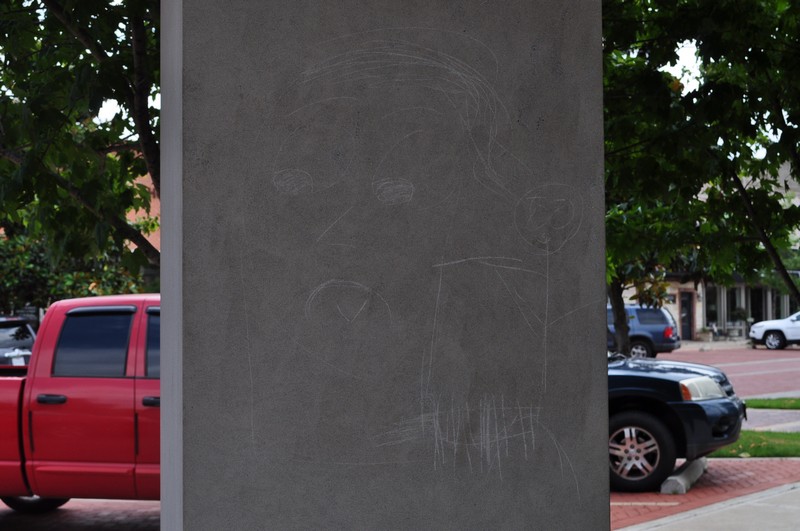 Public outcry turned into tears as Romeo, the 14-year old who defaced Hopkins County Veteran’s Memorial kiosk faced the public Saturday from noon until 4 p.m. On Saturday, May 21st while Celebration Plaza was filled with families celebrating the 9-1-1 connection of law enforcement, EMS, and fire fighters, Romeo bravely met those who came to receive his apology for his actions and to tell him their stories of family, friends, or personal service in the United States Military.

Romeo and his family kept a commitment Saturday that he had made in a letter seeking the opportunity to speak face to face with those whose family member is named on the Memorial. At the kiosk, he met those who came to receive his apology and offer forgiveness in light of his confession and apology. His family thanked those who came to assist with the greater lesson learned.

It began when scratches of his name and a drawing appeared on the kiosk supports following a church youth event on Celebration Plaza. On May 9th, Police Chief Jay Sanders told KSST News that a suspect had been identified and an arrest was expected the following day. Local police had reviewed video from the scene. On May 11th, the sketchy pieces of the story came together as Romeo and his parents presented him to local police. According to Chief Sanders, the juvenile’s confession was made in the presence of his parents who supported the decisions made regarding the arrest. Sanders said the misdemeanor penalties for a juvenile call for the teen’s case to be turned over to juvenile probation who will handle restitution and punishment. The restitution will reimburse the cost of correcting the damage done to the Memorial kiosk. 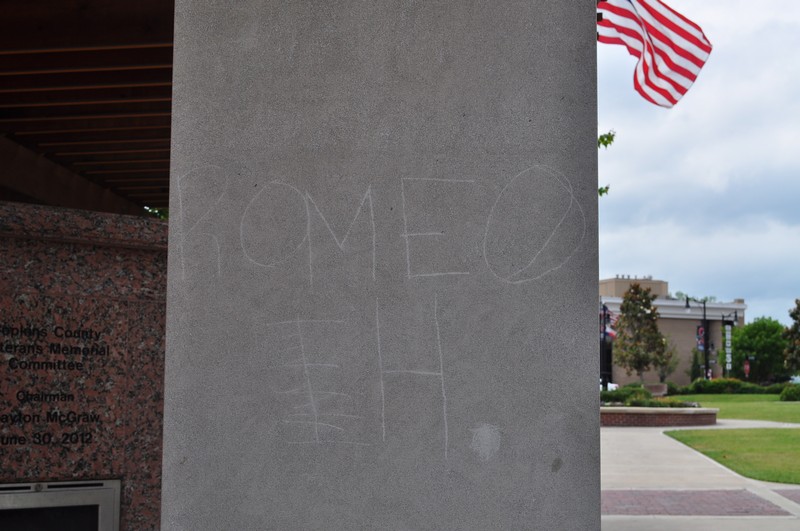