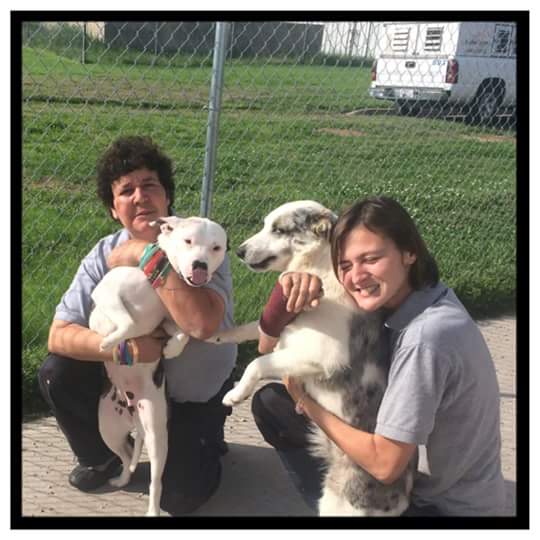 After she was reported stolen on April 18, Lavern has been returned to the Sulphur Springs Animal Shelter today, April 20. Lavern was part of a Bonded Pair with an Aussie mix named Shirley. Both were previously featured in an Animal of the Week article on January 20. According to Animal Shelter Officer Barbi Mitchell, the Sheriff Department and a local detective tracked down and confronted the individuals who stole the 1-3 year old Pit mix. The dog-snatchers were given an ultimatum to either return the dog to the Shelter before 5 p.m. or else charges would be filed.  Lavern is now back at the Shelter and the bonded pair are back together again.