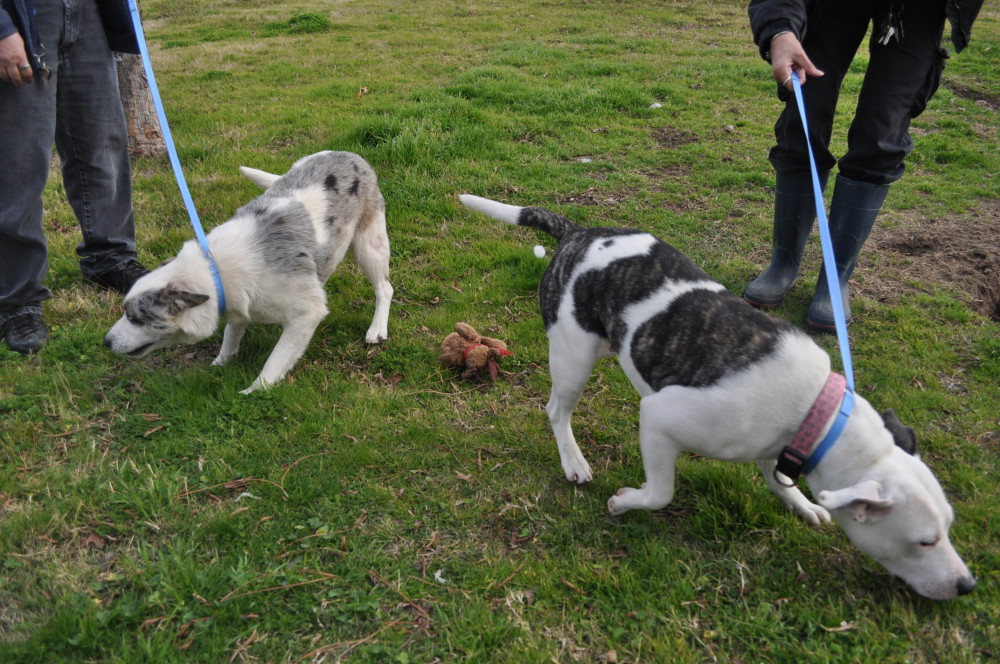 Lavern is on the right.

Lavern is considered stolen from the Sulphur Springs Animal Shelter, according to Barbi Mitchell, Animal Control Officer. Lavern was to have joined her mate Shirley in traveling to a Pit rescue in Oregon in May. She is on medication and really needs it, according to Mitchell. If you see the dog, contact Barbi at 903-348-1868 or Annie, 903-348-3122.

Lavern and Shirley are a bonded pair. Lavern is a Pit mix and Shirley is an Aussie mix. Both range in 1-3 years of age, have tested heart-worm negative, and are not yet spayed. They were found together at the Pilot station and brought to the Animal Shelter shortly after Christmas 2015. Both dogs are energetic and love people, unable to stand still for more than one second unless there was something to sniff. Both dogs spent a lot of time in the outdoor play area.

“Nobody’s claimed them; we thought the owner was out of town for the holidays,” Animal Shelter Officer Barbi Blanch said. “Both came in with collars and they were very friendly and they get along with other animals.”

The pair was featured for adoption on ksstradio.com in January of this year.