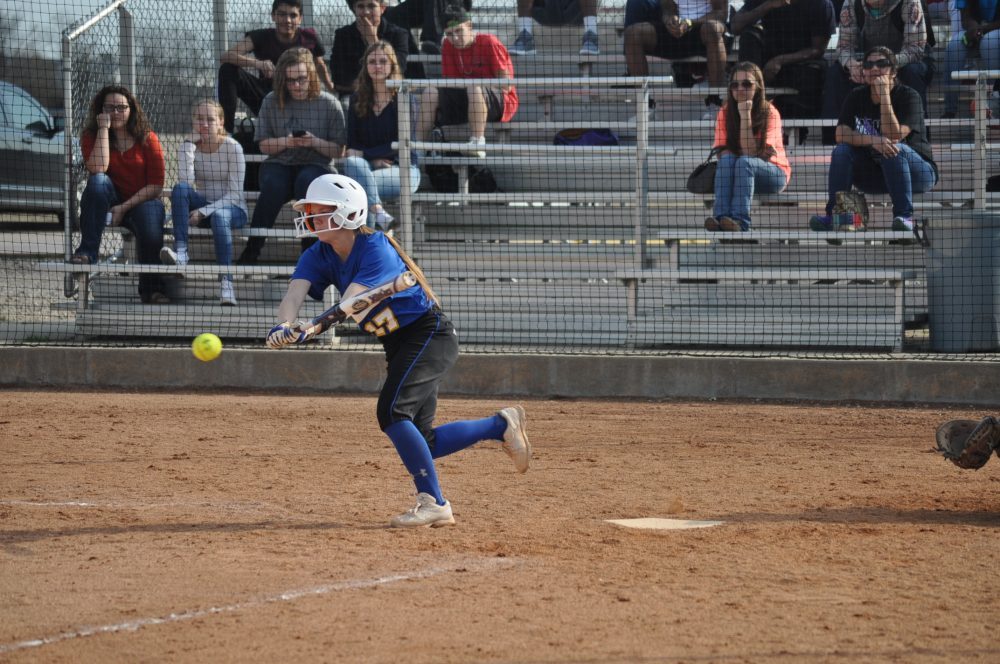 This time there was no Pine Tree rally. Last month in Pine Tree, the Lady Cats saw the Lady Pirates come back from a 7-1 deficit to defeat the Lady Cats. Saturday evening, the Lady Cats won in impressive fashion, 8-1 at Lady Cat Park.

Freshman Bricklee Driver drove in five runs with a two-RBI single and a three-run home run. The Lady Cats two seniors also came through big on Senior Night. Molly Johnston drove in two runs with a single and Sarah Womack was two for four with a run scored and an RBI. Hannah Crowson continued her hot hitting going three for three with a stolen base and three runs scored. Alyssa Abron scored two runs after walking twice.

Pitcher Landri Bell went four innings and got the win giving up five hits and only one earned run. Bailey Haggerty pitched the final three innings giving up four hits and no runs. Both pitchers struck out four. The Lady Cats wrapped up district play with a 10-4 record. The Lady Cats season mark is now 26-6. They are the district’s third seed in the playoffs. The loss knocked Pine Tree out of the playoffs as Texas High ended up in the fourth spot.

The Lady Cats most likely bi-district playoff opponent is Corsicana. That could change if allegations of wrong doing at District 16-5A district champ Lufkin prove to be true and if the infraction results in playoff disqualification after a UIL investigation. In that case, the Lady Cats could face a rematch in bi-district with Whitehouse, who they lost to last year.