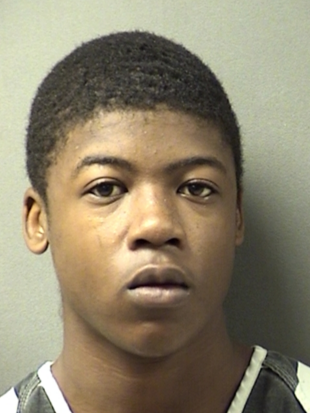 In Eighth Judicial District Court Tuesday, April 5th, Zataviane Quamaine Goodson, 19, was sentenced to seven (7) years on aggravated assault with a deadly weapon and burglary of a habitation. Both were a motion to revoke probation. He created several problems with his parole in January of this year.

He was arrested Thursday afternoon, January 21st for a theft at Walmart in Sulphur Springs, but his self-inflicted problems increased. Goodson was contacted in the parking lot by Sulphur Springs Police Department Officers where it was discovered that the subject had an active Criminal Trespass Warning in connection with two previous thefts which prohibited him from being on the Walmart property. A witness at the scene claimed to have observed Goodson  remove an item from its packaging and hand it to a subject he was with who then concealed the item in his clothing.

During transport to the Hopkins County Jail, Goodson advised the Officer “I’m gonna call my boys and have them deal with you.” The subject then strung together a long sentence full of expletives aimed at further threatening the Officer. “You [expletives] should say your final words to your family, cause when I get out I’m gonna kill you and your family.” The subject then claimed to have recognized the Officer at the Sulphur Springs Livestock Auction on Monday, January 18 and advised during transport that “I should have shot you in the back at the sale barn.”