As I am always looking for interesting trips, I came across a small tour group that leaves in September for Chicago and includes a reception with film maker Ken Burns.  Even if you have been to Chicago many times, you would find this tour very interesting and when would you ever have a chance to meet the master story teller Ken Burns???   Here is the official information:

Join us September 19 – 23, 2016 for one of our most intriguing Events – an exclusive insider’s look into the people, places and events that shaped Chicago, one of the world’s most powerful cities, during the pivotal years 1871 – 1933. During your four-night stay in the historic Tower at the InterContinental Chicago Magnificent Mile (a landmark since 1929), you’ll explore the themes of Ken Burns’s documentaries Prohibition, Jazz and Frank Lloyd Wright. Sightseeing tracks take you on a firsthand journey through the history of Chicago, beginning with the Great Chicago Fire of 1871, after which the “Second City” was rebuilt, and continuing through the eras of The Chicago World’s Fair of 1893 – an event that set the stage for the next 40 years of architectural and arts achievements – to the 1933 Chicago World’s Fair marking industrial and scientific achievements of “A Century of Progress.” On Architecture That Shaped The City, delve into the legacy of Frank Lloyd Wright with visits to his studio and home in Oak Park; Beer Wars: The Roaring Twenties tours jazz-age Chicago during the Prohibition era; and The Most American of Cities includes a look at the multicultural influences that defined the city – by private boat, coach and on foot. Private dinner events include an evening at the Chicago History Museum overlooking Lincoln Park, a special evening of music at the Chicago History Museum, and a “Prohibition Repeal Celebration” in the InterContinental’s amazing Grand Ballroom. And, of course, there are presentations by noted experts such as Jonathan Eig, New York Times best-selling author of Get Capone, who provides insights and tells the story of gangster Al Capone, and a local Chicago historian. The highlight of this Event is a private evening at the 1921 Chicago Theatre, including an opportunity to meet Ken Burns at a dessert reception and open house following his keynote address. One departure only, so we encourage you to make your plans early!

The official price is:  $4,690 for 5 Days (plus airfare), but some discounts may apply including reduced airfare.  Email [email protected] for complete information. 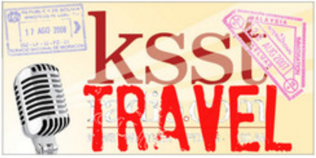