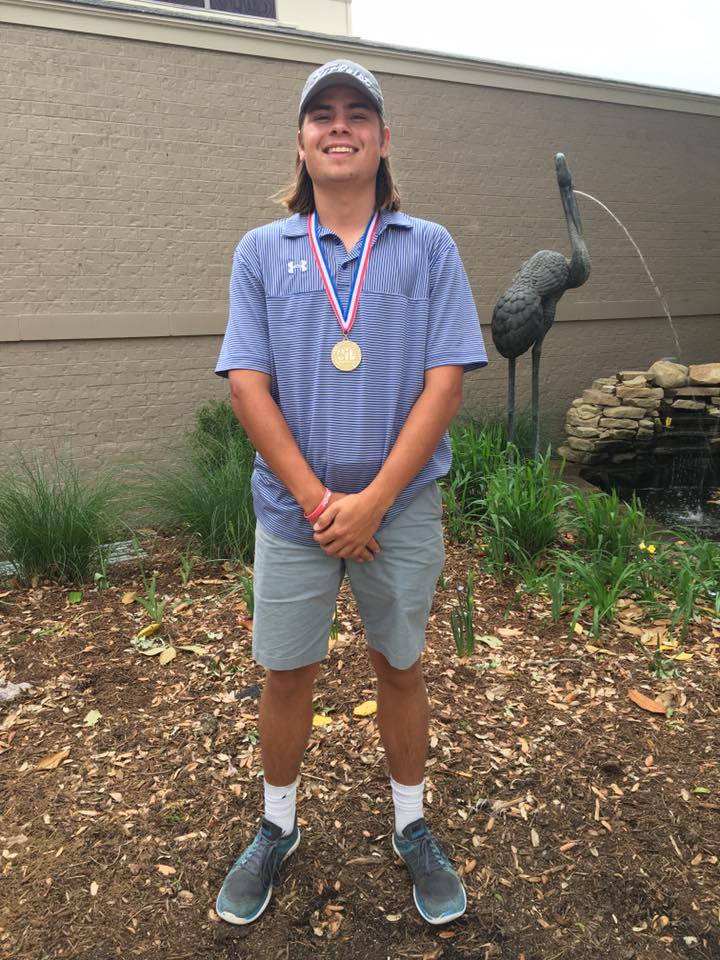 Wildcats’ golfer Brody Blackmon shot a 74 on the first day of the State Class 5A Golf Tournament at Wolfdancer Golf Club in Lost Pines near Bastrop on Monday. Blackmon is tied for eighth place and he’s eight strokes out of first place. However Blackmon is only three shots out of second place and he had the second best score out of our region. Round two takes place Tuesday.

Blackmon came into the tournament having won both the regional and district tournaments at Rockwall Golf and Athletic Club. He shot four under 140 for two rounds in both of those tournaments.