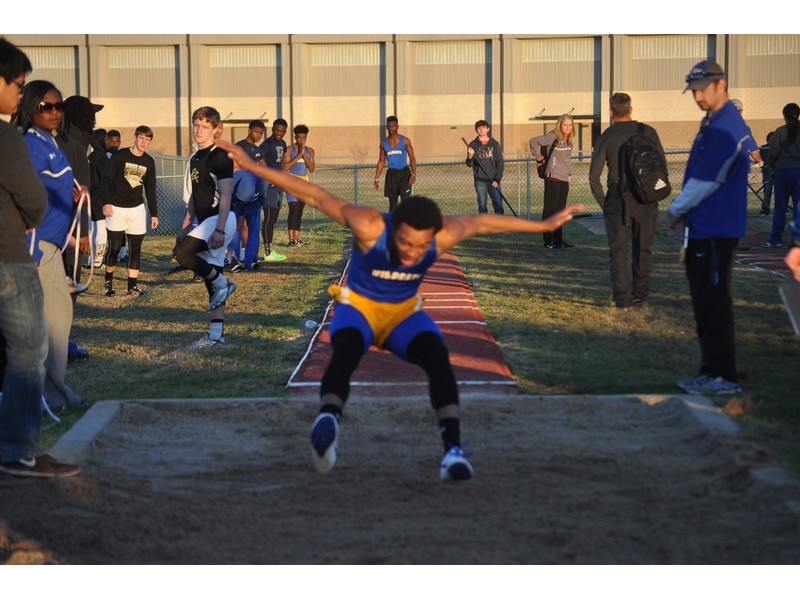 The Wildcats’ track team scored 82 points and finished third at a Paris meet last Thursday. The Wildcats JV team was second in the JV Division. Wildcats Track Coach Matt Young said conditions were rough due to a 25-mile per hour wind that blew throughout the meet.

In field events, Derrick Weeks threw the discus 136 feet, his best throw of the year. Coach Young said Weeks has been improving about ten feet a week and has now put himself in the mix for honors at the District Meet next month.

In the shot putt, Coach Young was glad to have two members of the Powerlifting’ team who placed in the top six and picked up points. Isaiah Neal was fourth and Ian Blanch was fifth.

Coby Hutchings also placed in the top six scoring points with an over 11-foot effort in the pole vault.

In the 800-meter run, Will Fain finished second and Sellers got fifth place.

In the 200-meter run, Bubba Hall placed third with a personal best time of 22.8.

Finally the Wildcats 4X400-meter relay team finished fifth. The relay team was made up of Fain, Lawrence Worth, Mason Cleveland and Gatewood.

The Wildcats will compete at a Mt. Pleasant meet on Friday. It’s their final meet before the District Meet in Pine Tree on April 13-14.