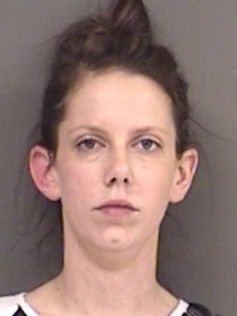 Recently released from Hopkins County Jail after posting bail for multiple charges, Katelin Leann Gumpert, 24, was arrested Monday night as a result of yet another routine traffic stop. The stop occurred around the 300 block of Church Street shortly after 7 p.m. Monday when officers learned of two warrants out for Gumpert that were issued by the Special Crimes Unit.

Gumpert was wanted for Possession of Controlled Substance greater than 1 gram and less than 4 grams in a Drug Free Zone and Possession of Controlled Substance less than 1 gram in a Drug Free Zone. Sulphur Springs Police Department Investigator Mark Estes and Hopkins County Sheriff’s Office Investigator Tony Crouse arrested Gumpert and transported her to the Hopkins County Jail.