Teen Arrested For Assault Of A Family Member

Home » Featured » Teen Arrested For Assault Of A Family Member 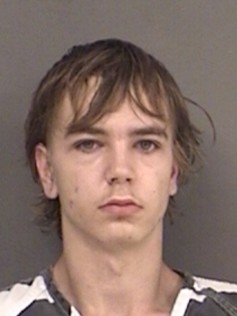 Clayton Ryan Hanson, 18, of Sulphur Springs was arrested on Tuesday, March 8th after being involved in a dispute that resulted in assault of a family member. Cumby Police Chief Paul Robertson responded to a call of an assault in Cumby that occurred early Tuesday afternoon.

Upon arrival, Hanson was found on the property located on the 300 block of Frisco Street in Cumby. Hanson was transported to the Hopkins County Memorial Hospital to be treated for injuries.

After further investigation, Hanson was placed in custody while at Memorial Hospital on a charge for Aggravated Assault of a Family Member with a Weapon. After receiving treatment, Hanson was transported to the Hopkins County Jail where he now sits on $50,000 bond.