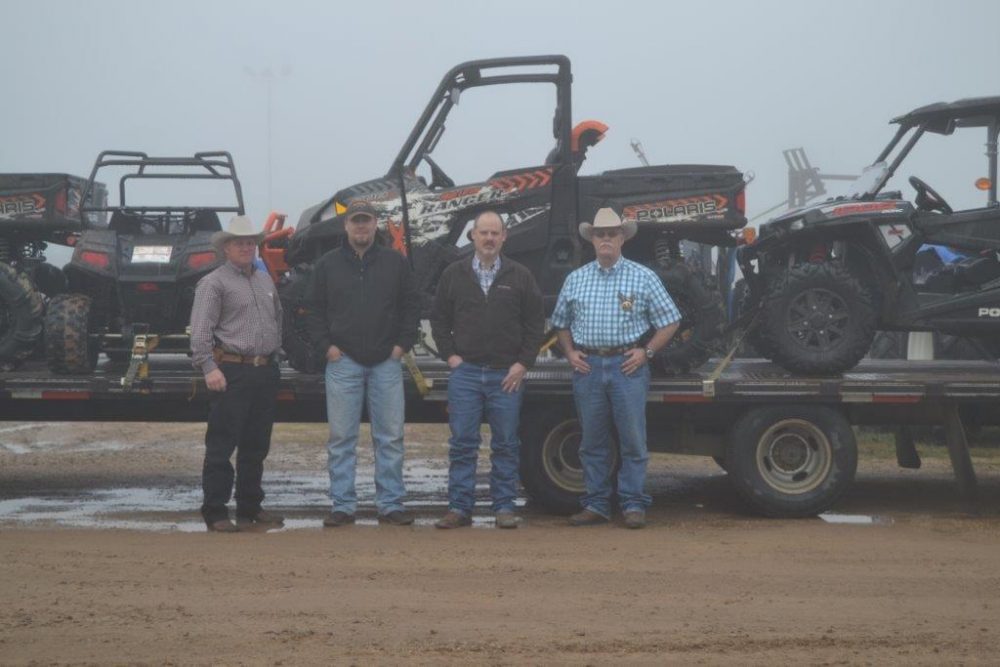 The last arrest was in February but Special Ranger Tony Hurley, Investigator for the Southwestern Cattle Raisers Association, says he and other law enforcement officers continue to seek one individual regarding the local theft of 11 All-Terrain Vehicles from Nor-Tex Tractor and one other member of the organized crime ring connected to the same type thefts in other areas. Arrests have been made from Seagoville, Texas to Oklahoma and Louisiana. Nine of those arrested were connected to the local theft.

Hopkins County Criminal investigators, Sulphur Springs Police Department Detectives, and Investigator Hurley have been working since last November with law enforcement across East Texas and beyond to round up what is thought to be a ring of some 20 or 21 individuals plying their trade of theft in Oklahoma, Louisiana, and Texas. The organized crime ring was responsible for the theft of eleven (11) utility, all-terrain vehicles locally. The units were stolen during two thefts occurring on April 23rd and November 23rd of 2015.

Leads in early January 2016 lead to seven (7) arrests and the recovery of twelve (12) Polaris Razors and two (2) Polaris Rangers. Approximately $234,000 in stolen property has been recovered including six (6) units from the November theft at Nor-Tex Tractors totaling $74,000 and eight (8) units stolen from other jurisdictions in Oklahoma, Louisiana, and Texas totaling $160,000. In early February two others were arrested.

The suspects involved in the theft at Nor-Tex have been linked to burglaries in Lindale, Tyler and numerous other jurisdictions in Texas as well as other states as far east as Tennessee.