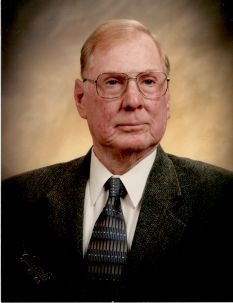 Edmond passed away on Monday, March 28, 2016 at Founders Plaza Rehab in Wylie.  He was born on February 16, 1931 in Dallas, the son of E.B. “Tot” and Rena (Butler) Basye.  He married the love of his life, Geneva Long on December 25, 1953 in Dallas.  He served in the U.S. Army during the Korean War in Japan, was a retired electrician; a sixty-seven year member of the IBEW Local #59 (International Brotherhood of Electrical Workers), more than fifty years as a Master Mason and past Master of the Lodge, was a long time member of the Hopkins County Military Coalition serving as Squad Leader for the Honor Guard, was the a 2011 recipient of Volunteer of the Year for Hopkins County, and member of the First Baptist Church – Sulphur Springs.  He graduated from North Dallas High School in 1948.

He is preceded in death by his parents and wife, Geneva.