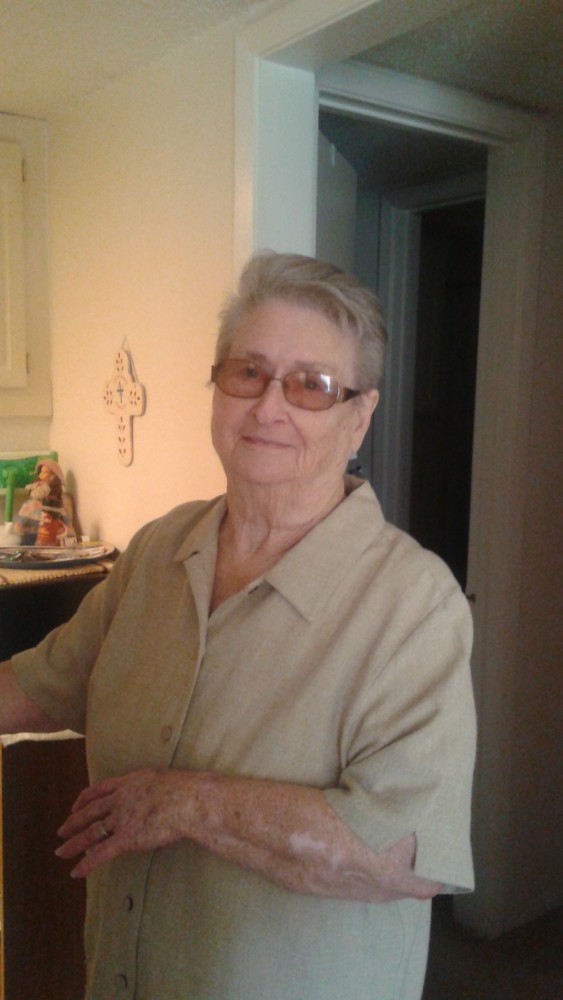 Funeral services for Betty Underwood Peugh, age 85 of Arlington, will be held at 2:00 p.m. Monday, March 14, 2016 at Murray-Orwosky Funeral Home with Pastor Rick Higgins officiating.  Interment will follow at Restlawn Memorial Park with sons and grandsons serving as pallbearers.  Visitation will be held one hour prior to the service.

Betty passed away on Tuesday, March 8, 2016 at Kindred Hospital in Mansfield.  She was born on March 17, 1930 in Nacogdoches, the daughter of Henry Fred and Cora Bell (Capps) Underwood.  She married James William Peugh on March 1, 1946 in Mt. Pleasant.  He preceded her in death in 2005.  She retired from Arlington ISD as a cafeteria worker and was a member of the Elm Ridge Church.

She is survived by her daughter, Jackie Colburn of Arlington; sons, Johnny Peugh of Arlington, Leon Peugh of Crowley and Bill Peugh of Tampa, FL; seven grandchildren; fourteen great-grandchildren; one great-great-grandson; brother, Fred Underwood of Saltillo and sisters, Edna Rawson of Frisco and Freda Birdwell of Gun Barrel City.

She was preceded in death by her parents; husband; grandson and one great-granddaughter.