*UPDATED* Avila Arrested for Continuous Sexual Abuse of a Child 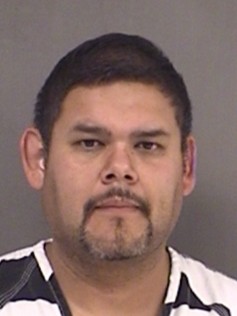 Jesus Avila, 39, of Saltillo was arrested Saturday for Continuous Sexual Abuse of a Child under the age of 14. Hopkins County Sheriff Deputies received a call from the Franklin County Sheriff’s Office informing them that Avila, who was accompanied by a child, turned himself in on previous sexual assault incidents. Both Avila and the child voluntarily came to the Hopkins County Sheriff’s Office to be interviewed. During the interview, Avila admitted that he had sexually abused the victim for approximately 4 years. Deputies then placed Avila in custody and booked him into the Hopkins County Jail.

During a magistrate’s hearing on Sunday afternoon, Justice of the Peace B.J. Teer set bond at $300,000 with a requirement for Avila to wear a GPS monitor if released on bail.