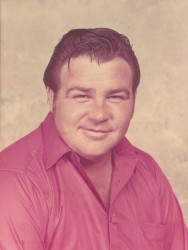 Funeral service is scheduled for Thursday, January 7, 2016, 2:00 PM, at Wilson-Orwosky Funeral Home Chapel in Emory. Bro. Bill Cooper, Jr. will officiate.  Interment will follow at Woosley Cemetery. Visitation will be one hour prior to the service from 1-2 PM, at the funeral home.
Ronnie was born on March 12, 1941, in Wichita Falls to Thomas Doyle and Goldie Ola Williams Buffington.  He married Carolyn Joyce Kelley in Durant, OK on July 19, 1968.  Ronnie worked most all his life as a self employed painter.  He was a member of the Christian faith and of Union Bower Assembly of God Church in Irving.
Wife: Carolyn Joyce Buffington of Emory