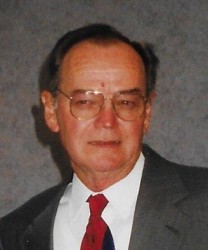 Arvel was born on December 18, 1939 in Denison, TX, the son of Rodney W. Boney and Katherine Flagg Boney.  He married Emmie Potts in Dallas, TX, in 1960.  Arvel served in the United States Air Force, and worked in Commercial Construction.  He was a Master Mason for over 40 years, enjoyed antique cars, hunting and the outdoors.