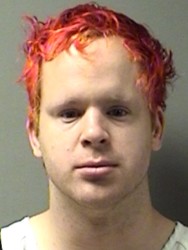 Lyndon Kyle Sillings, 26,  of Oak Cliff was arrested by local law enforcement including the Crimes Against Children division and charged with online solicitation of a minor. Sillings had been communicating with someone he thought was under 17 and arranged a meeting in Sulphur Springs. Unable to provide his own transportation, he was transported to Sulphur Springs by his step-mother and step-brother who thought they were bringing him here to meet family they did not know.

The step-mother and step-brother became involved in the arresting procedure but were released when their story was confirmed by a confession by Sillings. The family members returned to Oak Cliff where they would explain the happenings of the day to Sillings’ wife.