History has been made by the Winnsboro Red Raider Band under direction of High School Band Director Spencer Emert. The band came in 8th in Area UIL competition in Carthage, Texas on October 24.

The meet, originally set for the Stephen F. Austin campus, was moved to the indoor facility at Carthage High School due to heavy rains in the Nacogdoches area. Performing a marching band program in an indoor facility calls for special skills, so Mr. Emert brought his band to Sulphur Springs a day ahead of the meet to rehearse in the Wildcat’s indoor facility. That opportunity may have afforded the Red Raiders an edge. Out of a total of 23 high school 3-A bands from Paris to Texarkana to Houston to Beaumont, Winnsboro took 8th place in the contest. The top 4 bands will advance to State. Nevertheless, Red Raider pride is running high after their first-ever Area win. Spencer Emert served as band instructor for SSISD Band for 12 years before taking the job at Winnsboro ISD. 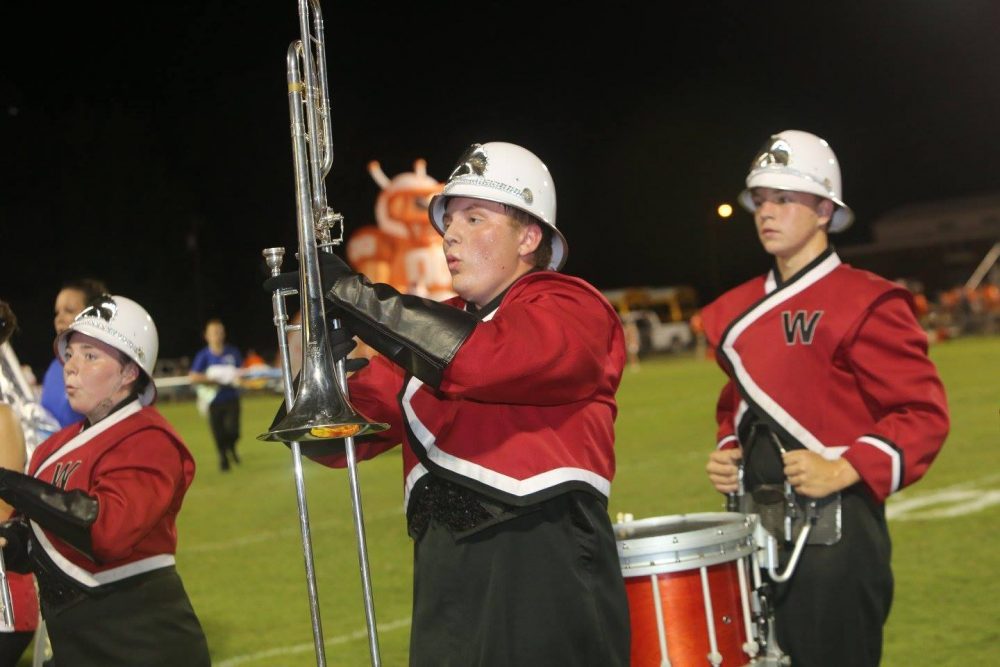