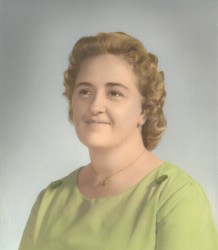 Memorial services for Nancy Landon, age 80 of Sulphur Springs will be held at a later date.

Nancy passed away on Monday, October 26, 2015 at Sulphur Springs, Health and Rehab.  She was born on November 2, 1934, in Elmira, New York. The daughter of Harold and Alice (Kennedy) Horton.  She was a homemaker.