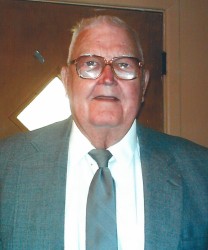 James passed away on Sunday, October 18, 2015 at Hopkins County Memorial Hospital.  He was born on October 28. 1930 in Haynesville, LA, the son of Penual D. and Auber Loretta (Robinson) Worley.  He married Frankie Terry on August 31, 1957.  James was a member of Martin Springs Baptist Church, served in the United State Air Force, and was a supervisor at Rockwell International, manufacturing oil field equipment.

He is survived by his son, Mark Worley and daughter, Judy Worley both of Sulphur Springs.

He was preceded in death by his wife, and brother, Harold Dewayne Worley.