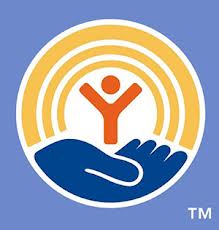 Hopkins County United Way’s first report meeting Tuesday, October 6, 2015, had workers celebrating a big start with big donations as $39,187. was reported by Drive Chairman Price Orwosky. Orwosky said the amount is almost 25% of the $160,000 goal with five weeks remaining in the campaign. The packets have been in the hands of businesses for only two weeks.

He noted $20,000 of the amount was donated by Coleen Hoover and The Book Worm Box. The donation from the downtown business was called unexpected by Orwosky. Orwosky said community involvement is the key to the success of United Way. He also encouraged employees to speak with their business owner regarding contributing to the fund goal. For retired individuals, he said they could contact Orwosky directly at 903-348-4599.

Orwosky said the campaign would be wrapped up in November. Until then, he is available to visit with businesses to make presentations to owner or to employees.

100% Club for October 6, 2015; companies meeting or exceeding the posted goal