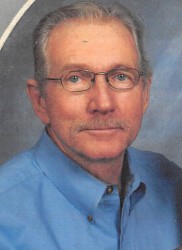 Funeral service for Gene Ray Hyde, age 76 of Yantis, will be conducted at 2:00 p.m., on Friday, October 30, 2015, at First Baptist Church of Yantis with Rev. Byron George and Rev. Craig Vance officiating.  Military Graveside honors by the Hopkins County Military Coalition will follow at Yantis Cemetery with Doug Wesson, Chris Wallace, Tony Mabe, Clint Miller, Sam Miller and Bill Wallace serving as pallbearers. Honorary pallbearers will be the “Wednesday Night Bunch”.  Visitation will be held from 6:00 to 8:00 p.m., Thursday, October 29, 2015, at West Oaks Funeral Home.  Gene passed away on Tuesday, October 27, 2015, at his residence.

He was preceded in death by his parents. Memorials may be made to the Parkinson Foundation at www.parkinsonfoundation.org.