D A Ramsay Will Seek Re-election 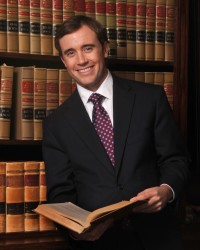 SULPHUR SPRINGS—October 10, 2015—Will Ramsay has announced that he will seek re-election as the District Attorney of the 8th Judicial District. Ramsay, a Republican, has held the post since he took the oath of office on January 1, 2013.

The 8th Judicial District Attorney’s Office serves Delta, Franklin and Hopkins counties. “Being entrusted to serve the people of these three counties as District Attorney is one of the great blessings of my life. As a candidate in 2012, my priorities were clear. A District Attorney’s office under my leadership would vigorously serve and protect the peaceful and law abiding citizens of the 8th Judicial District. I wanted these three counties to be an environment where it was uncomfortable for criminals to thrive. I believe, through hard work and persistence, we are accomplishing these goals.”

“We have been able to streamline the intake process so cases are presented to the Grand Jury in a timely fashion. This allows cases to be quickly resolved so victims can receive closure and the accused are not sitting in our jail.”

“I made a commitment to clean up the asset forfeiture cases, previously sitting idle with no resolution. We have done that. To date, we have distributed hundreds of thousands of dollars to be utilized in local law enforcement.”

“We work tirelessly to ensure that the dangerous people are removed from our community so that these counties can continue to be a place where folks desire to live and raise their families. To date, we have tried over 30 jury trials and a number of trials before the Court. We refuse to only try the easy cases. We try cases because justice demands it, and it is the right thing to do.”

“I have been blessed to hire three Assistant District Attorneys who are some of the most intelligent and hard working lawyers I know. Along with an incredible staff, the 8th Judicial District has, I believe, one of the most efficient and integrity-driven DA’s offices in the state.”

“I will continue to build public trust by executing the duties of the office in a professional manner and by maintaining solid relationships with both law enforcement and the public.”