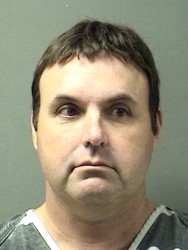 A 44-year old Sulphur Springs man was arrested Monday in connection with recovery of an estimated $250,000 of stolen property. Brent Glen Self has been charged with four counts of theft over $2,500. JP Brad Cummings set bond at $10,000 for each charge. The recovery began when a stolen camper trailer was found thanks to help from a Hopkins County resident. According to Sheriff’s Department spokesman Alvin Jordan, Crimestoppers will be paying an anonymous caller $1,000 for the tip that led to the arrest of the suspect. After the stolen camper trailer was found, a search warrant resulted in a major recovery of stolen items including two more campers, three pick up trucks and numerous other property. Sheriff’s Chief Criminal Investigator Lewis Tatum has been investigating the case since October 20.