County Jail Out of Compliance 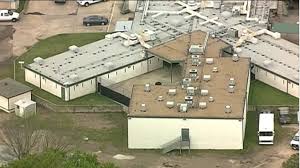 The current Hopkins County Jail was found to be out of compliance with state jail standards after an inspection Thursday. Sheriff Butch Adams explains the problem, which he says will be rectified right away.

The inspection of the current jail facility noted paperwork on inmate recreation was short of standards. Sheriff Adams said that for the next month his staff will make sure the paperwork is prepared properly. That paperwork will be forwarded to the state accrediting agency. The jail will be returned to compliance when the paperwork is approved by the state agency.

Adams said the local jail is required to allow three hours per week of recreation. He stated that the local jail allows most inmates an hour per day three days a week. Adams said the inmates are receiving the opportunity but the paperwork accounting refusals and other information is not available. Adams said one day recently it was thought enough staff to supervise would not be available but he said that is never true. Adams said “We will have this turned around.”