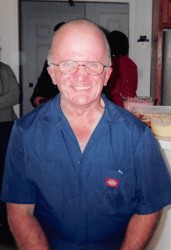 Bob passed away on Saturday, October 10, 2015 at Carriage House Manor.  Bob was born on May 16, 1951 in Sulphur Springs, TX, the son of Harrell Glenn and Charlene Hathaway Glenn.  Bob worked in the family business and was a member of Martin Springs Baptist Church.  Bob will be remembered  as the life of the party who loved being around family and friends and never met a stranger.  He will be dearly missed.

Bob is survived by his mother, brothers, Tommy Glenn and wife Carol, John Glenn and wife Joy all of Sulphur Springs, sister, Mary Messer and husband Robert  of Terrell along with numerous nieces, nephews and cousins.  He was preceded in death by his father.