Animals of the Week: Mascots Lil John and Gracie 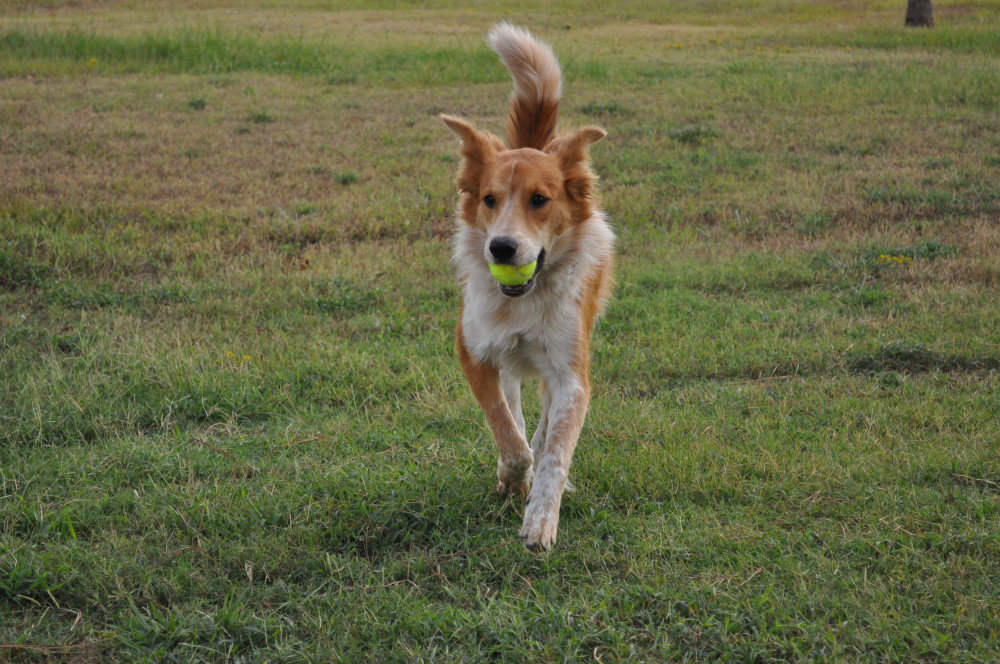 “She was dumped behind a lady’s fence who had two older dogs,” Officer DeWolfe said. “[The lady] was afraid that the bigger dogs would get a hold of her and hurt her so she brought her up to the Shelter. She didn’t even make it inside the Shelter. I started coming out the door, picked her up and took her home. The lady was saying ‘I just found this dog. Can you get her a home?’ I said, ‘She already did.'”

Officer DeWolfe fostered Gracie while waiting for someone to claim the dog. When no one stepped forward, she adopted the dog for herself. She soon began bringing Gracie with her to the Shelter, where the dog naturally fell into the role of helping with the other animals. 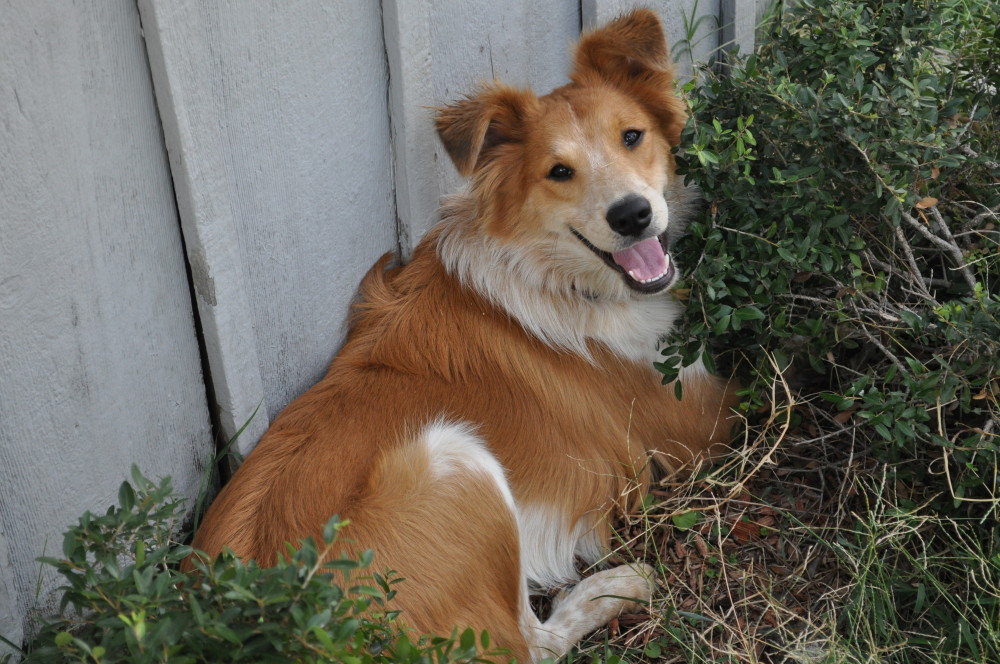 “I was actually in the process of potty-training her,” Officer DeWolfe said. “It’s easier to have someone sitting there and watch to make sure that she doesn’t ‘go’ in the house, so I kept bringing her to the Shelter until she was potty trained, and after that I just kept bringing her back to work. She just seemed to enjoy it, she does great with the other dogs, she’s a good playmate for the others, ans she’s a great way to see if they’re dog-friendly or not. There’s not a mean bone in her body, if any dog is even a little bit confrontational she just rolls over and plays dead.”

Gracie’s primary job is playing with the other animals, namely the smaller animals and puppies. She is trusted with small puppies due to her gentle nature. She is also able to handle herself around larger animals, playing as rough as they want. 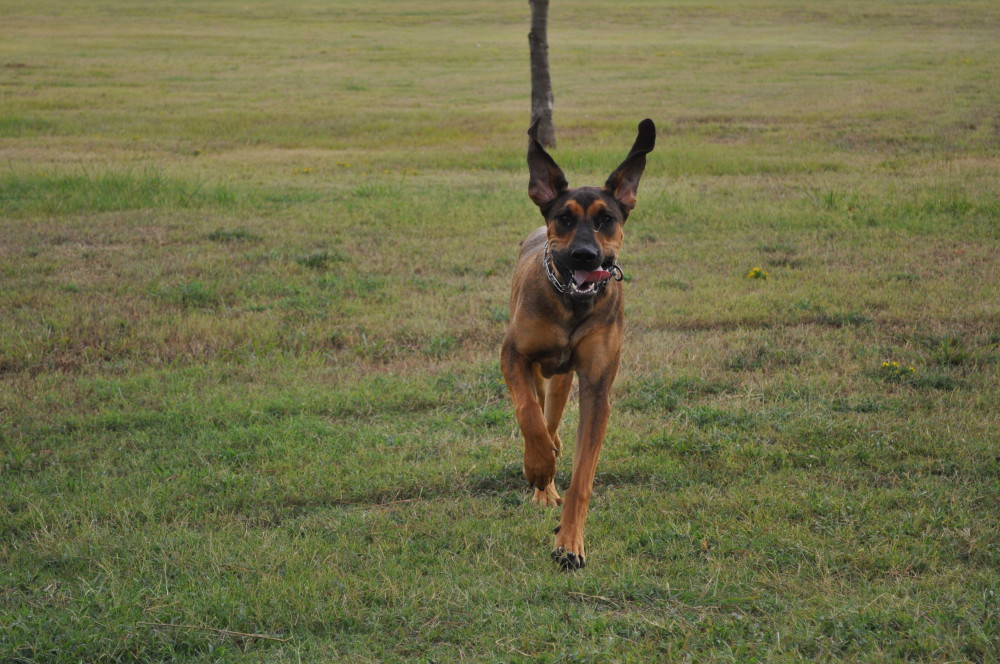 Lil John was found at a Duplex on Barber street during the heavy snow of Februrary at only 2 months old. After repeated notices from the Animal Shelter about the poor living condidtions of the animal, he was claimed by the Shelter with the help of county sherrifs.

“We had called police officers as a witness, and in the beginning the dog had wanted to eat my lunch and it was so comical that everybody was laughing,” Officer Blanch said. ” So I put the rope around his neck and scooped him up and by the time we got to the truck his tail was wagging. I kept him at the Shelter the first night and then I tried him at home to see how he would do. I had just adopted a kitten named Robin Hood, which is why he is named Lil John.” 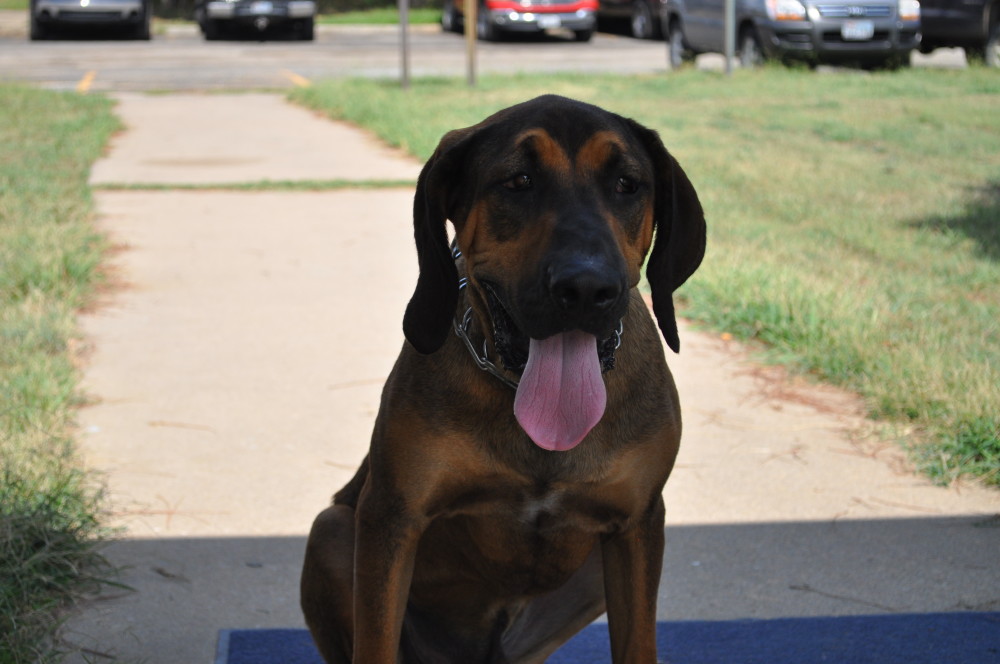 When Lil John first arrived at the Shelter, he was greated by Gracie, the first dog he ever played with. Both dogs were potty-trained together, and continued to play with each other, as well as with the other Shelter Animals. Lil John has the job of testing the larger animals, especially the larger male dogs that are more aggressive than the other animals. He is mainly kept at home, since he has a habbit of “forgetting he’s big”, according to Officer Blanch. Both dogs have been close friends ever since they were adopted by the Shelter officers. 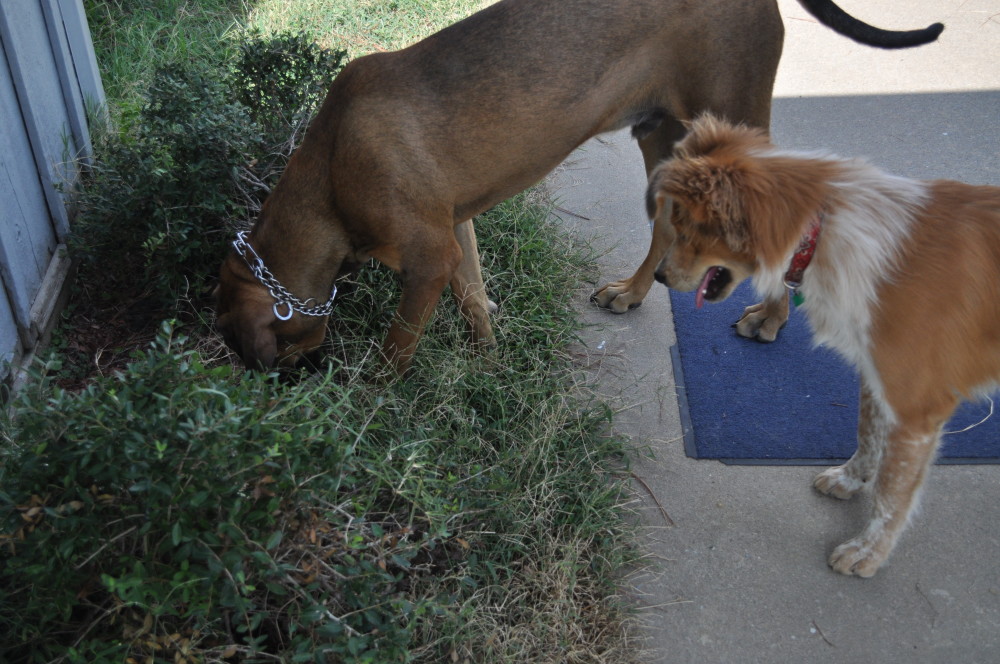 Lil John and Gracie hunt for a tennis ball