Animal of the Week: Blackie the Lab

Home » Headlines » Animal of the Week: Blackie the Lab

Blackie (for lack of a better name) is a three to five year old female black lab. She was picked up by Animal Shelter Officers outside of the AABCO Medical Center where she happily approached the officers upon their arrival.

“She has been kind of overbred and someone must’ve dumped her,” Animal Shelter Officer Barbi Blanch said. “They probably got tired of her getting pregnant, but they wouldn’t get her fixed, so they dumped her out here. She was laying out there waiting for someone to come get her.” 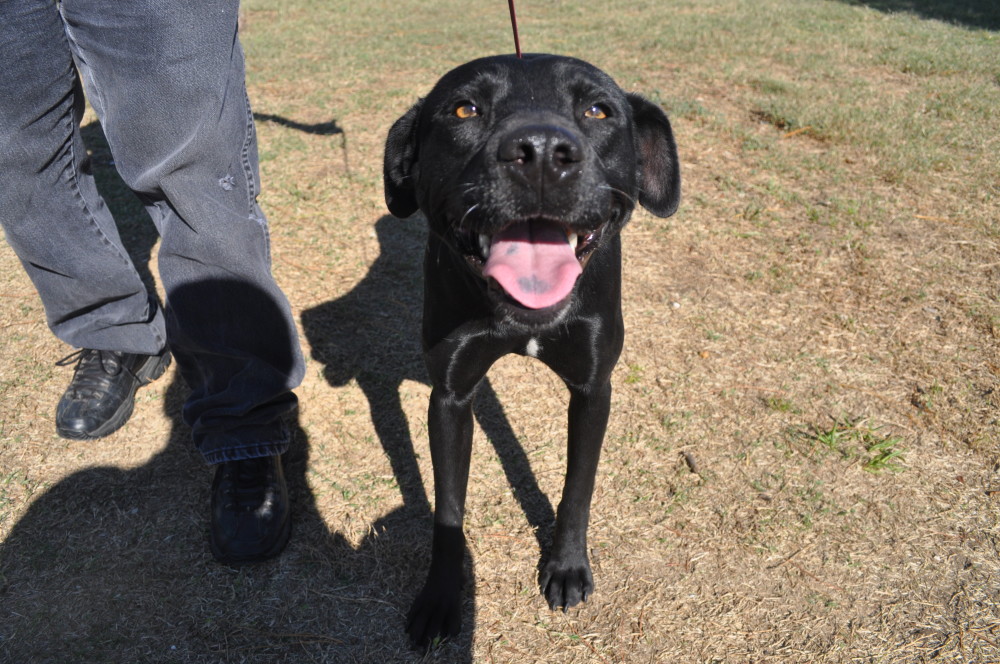 Shelter Officers picked Blackie a week and a half ago. She has reacted well around other animals, and her age and past pregnancies have left her calm compared to other animals.

“We’ve had her out with the other females in the backyard playing and she’s been ok,” Officer Blanch said. “She’s not bothered by cats and would probably be great with older kids.”

Blackie’s past pregnancies have taken a toll on her. She was found underweight and Shelter Officers continue to work toward helping Blackie reach a comfortable weight with a frequent supply of high-protein food.

“When you overbread them, they wear down,” Officer Blanch said. “She’s actually gained weight since she’s been here. It definitely wouldn’t hurt her to have a few more pounds.” 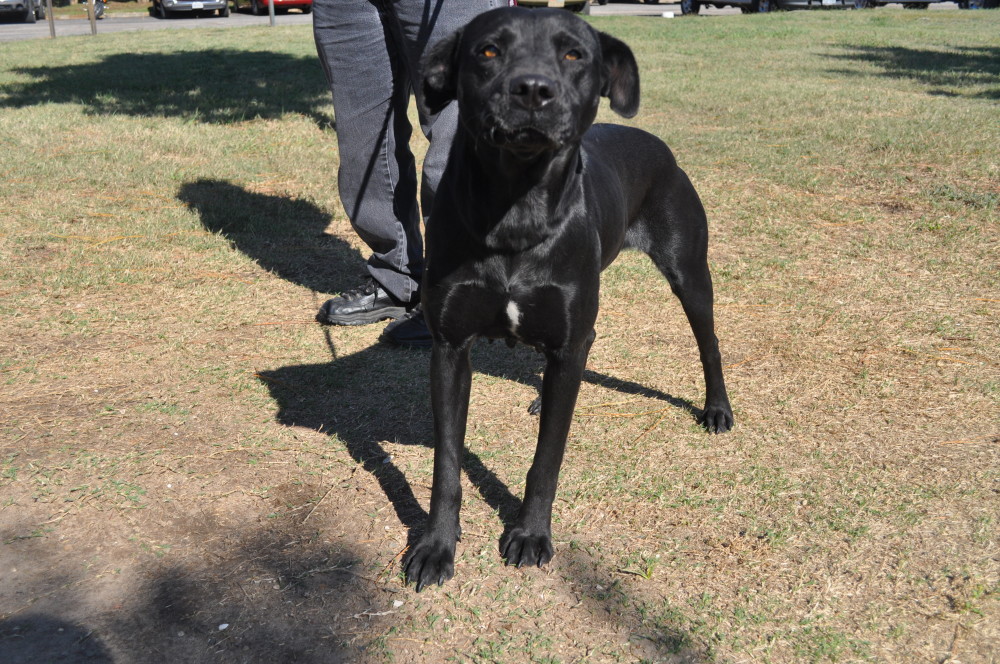 Plain black colored dogs, like Blackie, have a harder time getting adopted or cared for by proper owners. However, they do not share the same musforturne of black cats on Halloween. So far there have been no reported cases of specific situations involving black cats or black dogs in the Hopkins County area. Sylvester, last week’s Animal of the Week, has been adopted and is scheduled for a vet check-up before leaving for his new home.