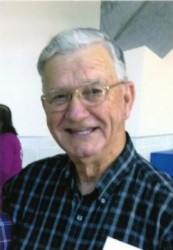 Mr. Thomas W. Boyd, Sr., age 84 of Pickton, passed away on Thursday, September 10, 2015. He was born on Saturday, June 6, 1931 in Pittsburg, TX to the late William Asa Boyd, Sr. and Mrs. Rena (Duncan) Boyd. He was a retired insurance agent for Reliable Life and American General and others during his career. He served honorably in the U.S. Air Force during the Korean and Vietnam Wars. He was a former member of the San Angelo Lions Club, and a member of Winterfield Baptist Church since 1981. He married the former, Virgie Ann Gunn on March 1, 1963 in Dallas.