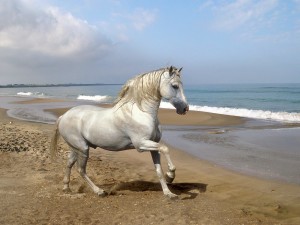 Racetracks in Texas resumed operations Wednesday after state officials agreed to temporarily fund the commission that regulates them. But whether long-term funding will be approved for the Texas Racing Commission remains in question.

Late Tuesday, Lt. Gov. Dan Patrick released a statement saying the Legislative Budget Board came to an agreement to fund the commission for 90 days.

The commission’s funding has been targeted this year by Republican senators, who said the commission overstepped its authority by allowing historical racing — gambling on electronic simulations of past races with identifying information removed. The commission’s $7.7 million annual budget comes from licensing and fees paid by the racetracks, but the budget board must appropriate that money.

Jennifer Saenz, deputy chief of staff for state Sen. Juan Hinojosa D-McAllen, confirmed the temporary funding agreement Wednesday and said that the discussions will continue over the requested $15.4 million two-year budget for the commission.

Because the budget board hadn’t approved the funding before midnight Monday — when the new fiscal year was set to begin — the racing commission stopped operations and racetracks weren’t able to operate.

Only part of the $15.4 million budget was creating the stalemate among LBB leaders — the $1.5 million used for administrative and payroll costs.

A representative from Senate Finance Chairwoman Jane Nelson’s office said Wednesday that the agreement allows the racing commission to transfer $186,000 of its remaining undisputed $13.9 appropriated funds to pay for its administrative cost. The transfer is awaiting approval from Gov. Greg Abbott.

House Appropriations Chairman John Otto, R-Dayton, Patrick and Nelson, R-Flower Mound, were among those working on the issue. House Speaker Joe Straus, R-San Antonio, has recused himself from talks because his family is involved in racing.

In his statement on the agreement, Patrick also said the 90-day period will allow Abbott to fill three expired terms on the racing commission.

Sam Houston Race Park in Houston released a statement Wednesday morning saying it had received official notice that it can resume operations. The park will have its first televised race at 11:30 a.m. Wednesday.

“We are glad to see our ability to operate our business restored,” Sam Houston Race Park President Andrea B. Young said in the release. “However, we remain extremely concerned with both the process and the extremely short period of funding. Like any business, we need to be able to plan farther out than three months.”

Disclosure: Sam Houston Race Park LLC is a corporate sponsor of The Texas Tribune. A complete list of Tribune donors and sponsors can be viewed here.
This article originally appeared in The Texas Tribune at http://www.texastribune.org/2015/09/02/texas-racing-comission-funded-90-days/.