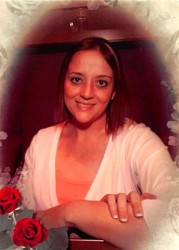 Shelba was born March 31, 1983, in Norman, OK, the daughter of Wesley Wall and Paula Adams Wall.   She married Derek Dobbs on September 10, 2003 in Humble, TX.  He survives.  She was a homemaker, graduated from Pflugerville High School, and had an Associates, Bachelor’s and Master Degree from the University of Phoenix and was a member of the First United Methodist Church of Killeen.