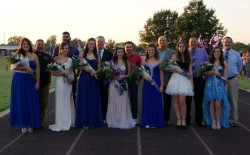 Selena Romero was named Homecoming Queen and a 20-14 win Friday night sweetened the Mount Vernon High School Homecoming as the Tigers won their first game of the season. The Mount Vernon Tigers defeated the Lone Oak Buffaloes Friday, September 18, 2015 in Don Meredith Stadium. They are now 1-2 for the season. 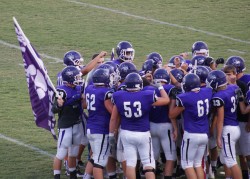 The game began with the Buffaloes received the opening kick-off, but failed to convert a first down on the opening drive. The Tigers took over at their 38 yard line. Two plays later, Quarterback Bailey Floyd throw to Kevi Evans in the corner of the end zone for a 30 yard touchdown pass. Hylke Talma’s point after attempt was no good.

Buffaloes offense couldn’t move the ball on their next two downs. Austin Decker hurried the Buffaloes quarterback who threw an interception to Bryce Crow.

Noah Craver and Cameron Woods kept the Tigers next drive moving down the field. Ty’Reese Linwood caught a 12 yard pass in the end zone. Decker ran the ball in for a two point conversion to give Tigers a 14-0 lead with 2:01 left in the first quarter.

After a penalty was accessed on the kick-off return, Buffaloes started their drive on their 17 yard line. Tyler Cheves recovered a fumble for the Tigers on the second play of the drive. However, they went four plays and out.

Buffaloes quickly moved down the field into Tiger territory. A facemask call put them at the 23 yard line. Buffaloes gained yardage for the first down at the 9 yard line. Decker and Tanner Patterson sacked the Buffaloes quarterback on the next play. Buffaloes answered with a 9 yard pass to the end zone. The point after was good bringing the score to 14-7 with 8:46 left in the second quarter.

Patrick Hoffman took the kick-off return 27 yards to set up the Tiger drive, but the Tigers failed to convert a first down.
A personal foul call against Buffaloes gave them the ball at their 31. Buffaloes advanced the ball with runs of 11 and 28 yards to move to the Tiger 35. A 22 yard run to the end zone and a successful point after attempt tied the score at 14 with 5:17 left in the second quarter.

Neither team was able to convert on their next two possessions. Another sack on Buffaloes quarterback by Decker ended the half with a tied score.
Tigers received the kick-off to start the second half, but Tigers couldn’t keep the drive going and turned the ball over on downs.

Buffaloes moved the ball deep inside Tigers territory. Decker’s sack of the quarterback and the incomplete pass on the next play forced Buffaloes into a fourth down situation.
After the Buffaloes failed field goal attempt, Tigers took over on downs at their 20. After three tries, Tigers was unable to gain a first down and were forced to punt.

Buffaloes gained seven yards over three downs. Facing a fourth and three, a false start penalty moved Buffaloes back five yards. On the next play, Buffaloes completed a 15 yard pass for a first down. With a first and 10, Buffaloes recovered their own fumble for a four yard loss. Tigers recovered a fumble on the next play at the 33 yard line.

On a reverse, Evans took the ball 17 yards. A face mask penalty put Tigers on the Buffaloes 35. A short pass to Jake Graff and a 10 yard run by Craver gave Tigers a first and goal. Two plays later, Floyd threw to Ty’Reese Linwood in the end zone for a touchdown. A failed point after attempt left Tigers up 20-14 with 7:34 remaining in the game.

After an unsuccessful attempts to gain yardage by Buffaloes, Tigers set up at their 33 yard line. Decker took the ball 14 yards on the first play of the drive. Craver gained seven on two runs. A quarterback keeper left fourth and inches for Tigers. Evans carried the ball five yards to keep the drive going. With the ball in Buffalo territory, the Tigers managed the clock to run out the time and take their first win of the season 20-14. 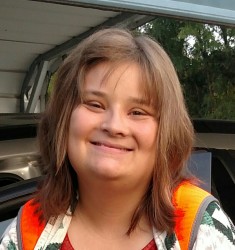