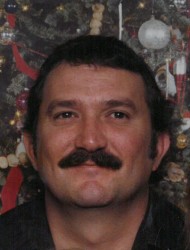 Mr. Sewell passed away Wednesday, September 23, 2015 at his residence.  He was born on April 7, 1952 in Sulphur Springs, the son of Aubrey Richard and Dorothy Faye (Summers) Sewell.  He married Patricia Peugh on June 8, 1973.  He was self-employed and of the Baptist faith.

He was preceded in death by his parents and one brother, Dalton Joe Sewell.