Maybe this will be the last week of the Smoky Road information. Curtis Walker lives up on Smoky Road and called a few days ago. Curtis remembers one of the residents of Smoky Road, Asbury Smith, who was about 84 when he died in 1947. Asbury told stories about having to put tops on hog pens to keep the bears out. Curtis remembers twelve houses along a two mile stretch of the road. A few of the ones that lived there were Robinson Dudley, ? Loftin, and J.N. Smith.

Last week I was telling about a 1988 float trip on Red River. I drove to the river north of Dekalb and launched. On the river at 4:40, August 15, 1988. At 6:30 I passed an old barn and house on the Texas side. Looks like the one T.J. Scott and I slept in years ago on a float trip to Texarkana. At 7:28 a small creek came in from the Oklahoma side. Soon two big barns on the Oklahoma side. About a mile apart. River running north and south. Just past the second barn the river curves around and runs southwest for a while. Very unusual to have the river running northwest. Stopping for the night on a big sandbar. Crescent moon low in the west. No cars within hearing. Stripped off to bathe and set up tent. Fish flouncing loud ten yards from my tent.  Not quite dark at 8:25.Grilled five pork chops. In the tent about 9:45 going to listen to my transistor until sleepy. Bat flying around my Coleman lantern. A few mosquitoes and June bugs cruising around. A leaf footed bug climbing a tent pole on the outside of the tent. Scorpio is going strong in the south.

Tuesday, August 16, 1988. Leaving camp at 8:50. Ate three porkchops for supper last night and two more for breakfast. Little creek on the Texas side just above an irrigation pump. Blue pump and Kong Brand. River low and slow. Big windmill just ahead. Pulled over to shade at the bank and cut some limber limbs to work on my shade. Sure helps during the heat of the day. At 10:30 a white rock road coming in from the Oklahoma side. White water ahead. Was shallow rapids all the way across. Least terns on sandbar. May be near the line between Oklahoma and Arkansas. Big island ahead. You have to study it carefully to make sure you don’t float down the wrong side and have to drag the boat back up and drag boat around the other side. Texas flag and U.S. flag on the south side. Could see camper trailers. Went up the bank to the camp and hollered. No one around. On downriver about five hundred yards a Texas Highway sign was nailed to a post. The sign had arrows pointing one way to Ector and the other pointing to Bonham. Quite a ways downstream from those two sign.  Another sign said Moss Hill Grocery. Somebody had used the signs for target practice.

At 3:00 lots of rocks on Arkansas bank. Near the edge. I rounded a bend and there was the bridge. Tied my boat out in the water about twenty yards so maybe nobody bother it while I hitch hike back where I started from. Five minutes later a sixty year old woman picked me up and carried me to Highway 82 where she let me out and I kept moving west. A man and woman carried me to the west side of New Boston. Walked a short way when a man in a new red pickup and gave me a ride. I told him about my trip. Wanted to know how long it took me. He knew right where the camper trailers were back up river where I walked up the bank. He knew about the rocks all the way across the river. Said it was an old crossing where a fault line went across. I walked about five minutes and a car hauler picked me up and carried me right to my pickup. He suggested I go back to my boat a different way, crossing over into Oklahoma and Arkansas. A road turned east just north of where I left my pickup. Sign near store said State Line 15 miles. Crooked road. Historical marker told of Laynesport, one mile south of Red River. A steamboat landing was established in 1820. At the bridge some men volunteered to help me to go out in water and help pull the boat to the bank. Take a float trip sometime and see some back country.

The only bad thing about golf is the slow ones get ahead of you and the fast ones get behind you. A man was in the Army and called his wife to say they would be late because the sergeant had found a lot of dirty magazines. The wife was fussing and saying probably 90% of the men in Army had dirty magazines. The husband said, “You don’t understand. These are like dirty clips that hold the bullets.” 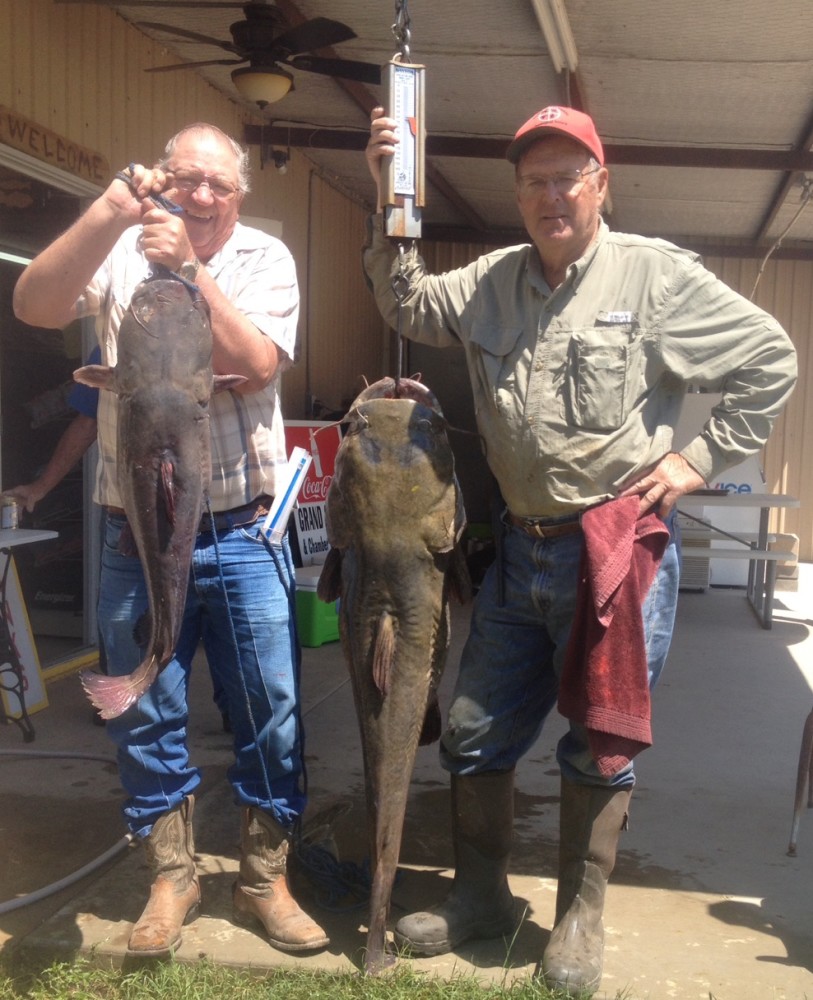