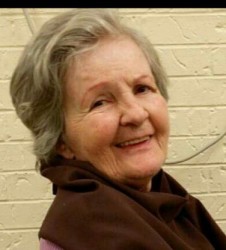 She was born on January 28, 1943 in Kane, PA, the daughter of John Earl Lubold and Angeline Cecelia Rich Lubold.   Mrs. Ramsdell worked at one time for Newburn Sun Journal as an illustrated artist, she also worked in sales and was a homemaker.  She was a very talented artist who loved to paint.  She was a member of Jesus Christ of Latter Day Saints.

She was preceded in death by her parents, and brother, Mick Lubold.