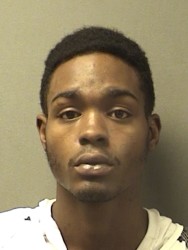 Wednesday afternoon, September 23 2015, a Hopkins County Grand Jury indicted Tilton Joshua Mapps for murder and for tampering with or fabricating physical evidence. Mapps, 20, was charged with the murder of Jonathan Trahern Young, 26, at Pacific Park June 8th of this year. The charge related to physical evidence was added on July 8th of this year.