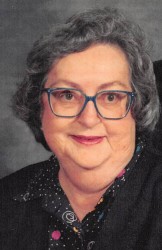 Betty passed away on Sunday, September 27, 2015 at Kindred Hospital in Dallas, TX. She was born on May 23, 1935 in Greenville, TX, the daughter of Matthew Cross and Minnie Lee Browning Cross.  She married Kenneth Joe Chambliss on December 22, 1955 in Cumby, TX.  He preceded her in death.  Betty worked as a Director of Special Ed Services for Tri County Coop for many years and also as a Diagnostician for Tri County Coop.  Betty and Kenneth started a school in Pottsboro, TX.  She was a member of Cumby United Methodist Church and volunteer.

She was preceded in death by her parents.

In lieu of flowers, memorials may be made to Cumby United Methodist Church, 204 East Main Street, Cumby, TX 75433.